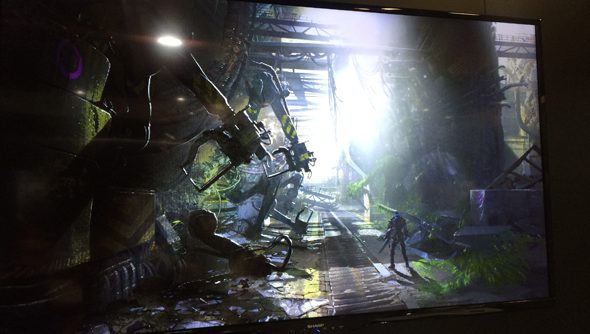 The Surge is the latest game from developer Deck13, who’d previously worked on the Dark Souls-inspired action RPG Lords of the Fallen. The studio has started to reveal a few more small details at Gamescom 2015.

The game is described as “a visceral action RPG with a unique crafting system”, one that’s setting out to address criticisms that Lords of the Fallen was much too similar to the game it enthusiastically draws inspiration from.

Set in the near future, in a world in which technology has spiralled out of control and gone all dark and evil, The Surge promises to be more story and world focused tha its forebear. “It’s like Skynet,” says the developer, “or Google. Right now, Google knows everything about everything, we’re exploring the downside to that”. 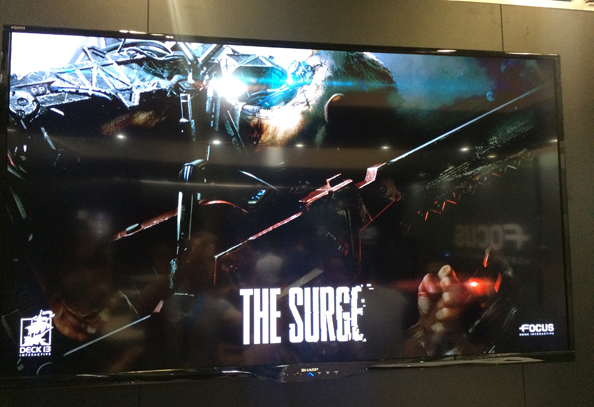 In this warped, technologically advanced universe, you play an exo suit wearing adventurer who can chop off the limbs of enemies to steal and use their modular upgrades. He seems to carry a massive breadknife everywhere he goes.

We’re told that boss fights are one area in which Deck13 seek to differentiate themselves from the rest of the genre, as you’ll be allowed to pop into a boss’s room and, should you find yourself overpowered, simply run away to fight another day. The team are also promising “innovative new directional combat”, though that’s hard to see in the scant few bits of concept art we’re being shown at the moment.

With the success of Lords of the Fallen to build upon, The Surge looks to be an opportunity for Deck13 to do something properly interesting inside the genre they’ve sprung out of. It’s a ways off, they say, with a release date sitting way off in 2017.