For the past year or so, amateur game developer Jess Morrissette has been cultivating a unique videogame collection. Jess curates The Video Game Soda Machine Project, which aims to catalogue the best vending machines gaming has to offer.

We didn’t base our list of the best PC games exclusively on the quality of their vending machines, but they’re still good.

The project has just passed a milestone, with its 1500th screenshot uploaded this week, a fine specimen captured in FPS High Hell, which you can admire above. But getting that far required both patience and innovation – Jess says that it didn’t take long to exhaust all of the most obvious options.

“Early on in the project, we had already identified most of the soda machines that immediately spring to people’s minds — like Grog from Monkey Island or Nuka-Cola from Fallout.” Maintaining momentum from there meant “doing the ‘research’ necessary to find out there’s a soda machine lurking several levels into some obscure Game Gear title – and then capturing a screenshot of it,” something Morissette says is a big part of helping maintain their motivation in the site. 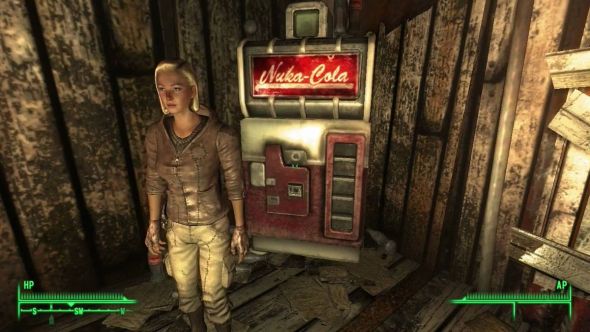 There’s also the task of finding a very specific machine. Morrissette says “I’m also motivated by the hope that I’ll someday find a soda machine in a Teenage Mutant Ninja Turtles game. They’ve made about fifty of them, all in contemporary urban settings, and I’ve yet to find a single soda machine. It’s The Video Game Soda Machine Project’s white whale.”

The project began with a screenshot from Batman: Arkham Knight; “I was exploring a dark, shadowy location in the game when I turned a corner and saw this brightly lit Sprinkle Fizz soda machine. It was a striking enough departure from the game’s otherwise gloomy tone that I decided to post a screenshot on Twitter and joked that someone should start a website cataloging other video game soda machines. Before long, The Video Game Soda Machine Project was in full swing.” 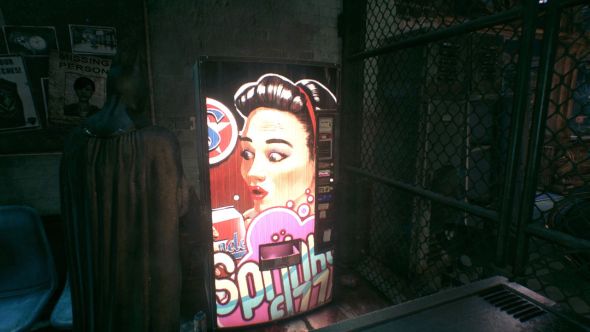 Morrissette says their favourite soda machine in the collection is Juicy Raccoon for Resident Evil 3 – “only in a Capcom game would people voluntarily drink something called Juicy Raccoon” – and that “the best soda machines are bold, colorful, and funny,” especially if players can interact with them.

You can check out all 1500+ soda machines in the link above, featuring machines from everywhere from Alien: Isolation to browser games and freeware.