Each hardback collection of The Walking Dead comics has the strapline ‘a continuing story of survival horror’, pointing to the fact that Robert Kirkman’s zombie apocalypse is never ending. The ceaseless misery of the comics, now in their 15th year of publication, feels like it will never conclude, and that’s the point. As such, Telltale’s fourth season of The Walking Dead is breaking new ground: billed as The Final Season, it’s bringing a complete storyline to a close for the first time in the franchise’s history.

That storyline is Clementine’s, who we first met as a child in season one. During the zombie infection’s initial outbreak she was little more than a terrified eight-year-old girl, protected and mentored by original protagonist Lee. Nine in-game years later and her story has come full circle: The Final Season’s opening episode, Done Running, depicts a hardened 17-year-old Clem working out how to keep five-year-old AJ not only alive, but teach him how to be human in a world where humanity has almost slipped away entirely.

The episode is entirely focused on children. Clem and AJ quickly find themselves at the remains of a boarding school that’s run by a gang of teenagers. While never spelling it out, the setup is a harrowing reminder that, in such a dire situation, adults quickly die and leave their charges to fend for themselves. Clem is not a singular case study of this scenario; her story is the norm for so many, and Done Running acts as a gathering point for others with similar backgrounds. 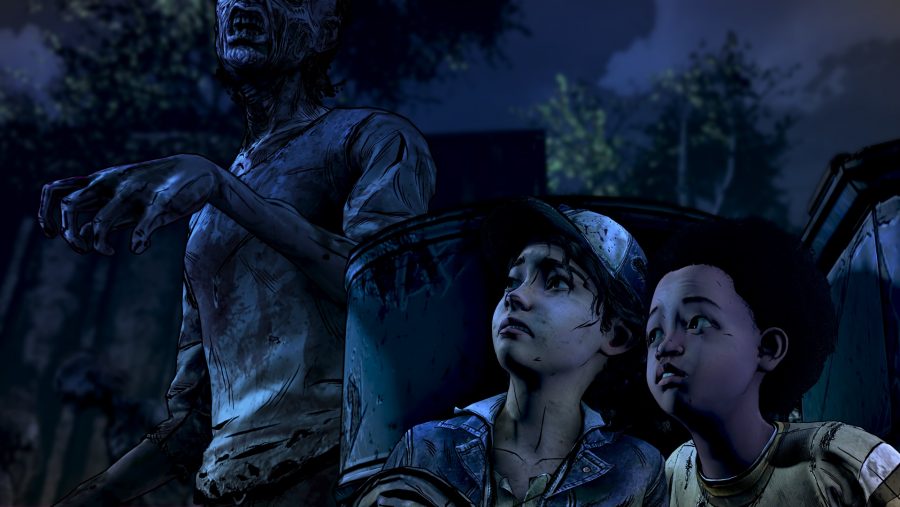 The Walking Dead’s harsh world has taught children to be ruthless to survive, but they lack the diplomatic knowledge of the old world’s adults. As such, it’s unsurprising to see Done Running lean into the themes explored by William Golding’s The Lord of the Flies. Clementine’s new allies, suffocating in a brew of secrecy, fear, and hormones, descend into violence, and it’s up to you to decide how Clem’s actions will steer the fate of this group.

one of the best horror sequences I’ve ever played

That’s no easy task, not least because you’re accompanied by an unpredictable pre-schooler birthed into a world where everyone carries a revolver. While your choices have yet to fully develop by the end of episode one, it’s clear that every decision will mould AJ’s destiny. The lessons you teach him – drawn either from the ways of the old world or the harsh realities of the new one – dictate whether he’ll mature into a compassionate or ruthless survivor.

The setup for this four-episode story is strong, then, although that’s hardly surprising given the largely consistent level of quality of Telltale’s whole series. What is surprising is the level of presentation on show. Telltale has never made a game that looks and feels this good. For this final season, the developer has opted for an over-the-shoulder camera, making environments feel more claustrophobic and unsettling than ever, which in turns brings the game closer to Resident Evil.

That closer camera also allows for better inspection of the game’s character and environment models, which are stunning in all their filthy details. This pushes the Telltale Tool engine to its very limits, which makes for numerous frame rate drops, and so the developer’s decision to jump ship to Unity for future projects has come just in time.

Telltale has issued a release schedule for The Walking Dead: The Final Season. That means we know the release dates of each of the four episodes - expect the conclusion to arrive in December.

Furthermore, Telltale’s artists should be commended for their new draw distance technology, which renders far away items in a monochrome, scratchy style identical to that of the comic book’s illustrator, Charlie Adlard. These distant items gradually shift to Telltale’s more detailed style the closer you get to them. It’s a striking transition that ties both sides of the universe together.

The improved art is accompanied by refreshed direction when it comes to the game’s set-pieces, which have never felt so cineliterate. An early segment sees Clem and AJ fending off walkers as they attempt to crawl their way into a moving car. The entire segment is ‘shot’ in a single take, with the camera moving smoothly between viewpoints in a manner that evokes Alfonso Cuaron’s directorial style, especially in his 2006 dystopian thriller Children of Men. It’s one of the best horror sequences I’ve ever played. 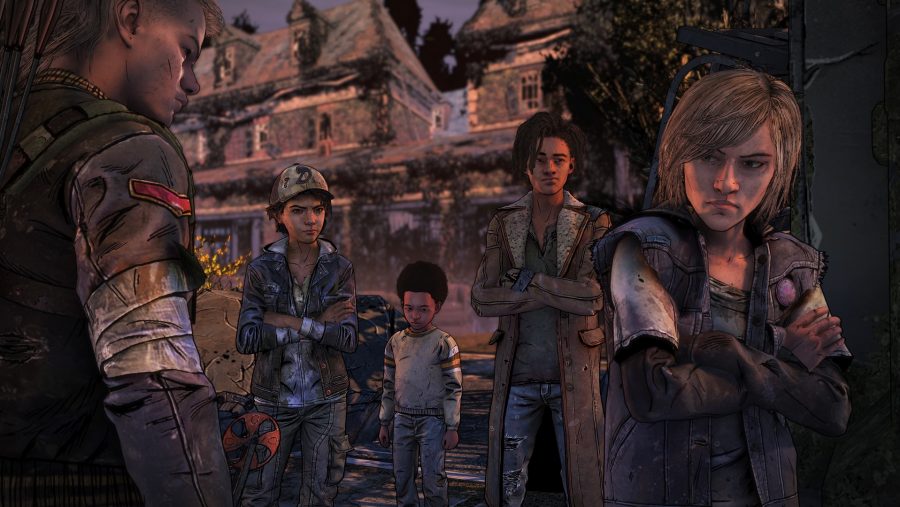 Done Running works as both a promise and a delivery on that promise. It sets up a new angle for The Walking Dead and a final moral mountain for players to climb, and proves that it’s got the mechanical, stylistic, and scripting capabilities to deliver on it. With any luck, the remaining three episodes will offer the same level of quality, too.

But even without the slick direction and gorgeous art, Clem’s story has always been enough to carry The Walking Dead, more so than any of the wider universes’ other characters. And now she’s on the run it’ll no doubt be heartbreaking to witness where she stops to make her final stand. The ending is sure to be built on a foundation of tears, but it’ll be comforting to know that Telltale is sending off one of modern gaming’s best characters with a tremendous swansong.