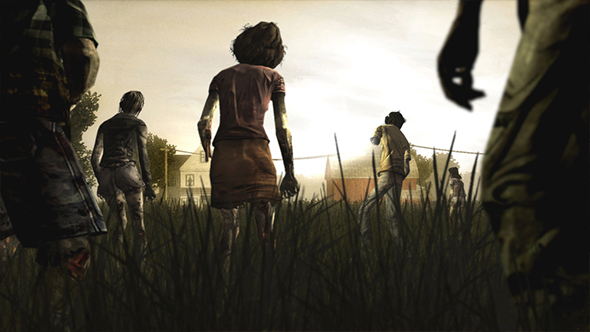 It’s already a day past Halloween, but that doesn’t mean the spooky season is over. Scares are never over, really, especially in 2017. The nightmare of Telltale’s The Walking Dead has been continuing since 2012, but it’s finally set to see its conclusion next year in its fourth and final season.

Check out more of the best zombie games on PC.

Telltale are bringing back one of the creative forces from the original season for the conclusion, as Gary Whitta will be joining the writers room once again. He wrote the wonderfully horrid fourth chapter of season one – the one with the salt lick- and worked on the 400 Days side story, as well. Outside of games, he also penned the script for apocalyptic sci-fi film The Book of Eli, and co-wrote Star Wars: Rogue One. (He was also partly responsible for After Earth, but the less said about that the better.)

“Collaborating with Telltale on the first season of Clementine’s journey through the world of The Walking Dead was one of the highlights of my career, so reuniting with them to now bring her story to a close with this final season feels like a homecoming,” says Whitta. “Clementine has become not just one of the most compelling characters in the Walking Dead pantheon but one of the great video game characters of all time. I hope we’re able to do justice to her and to her millions of fans. This one feels special.”

We don’t have much detail on the game’s final season, other than its obvious focus on Clementine and the fact that it will at least begin sometime next year. The next Wolf Among Us season will also be premiering in 2018.