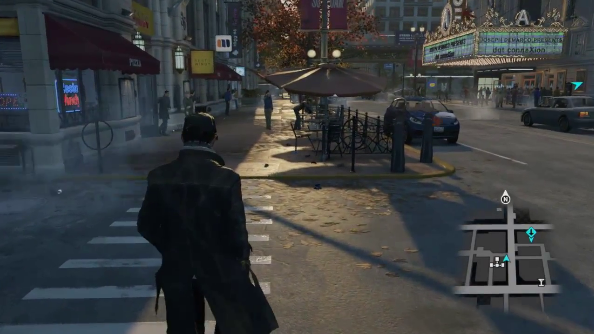 It has become obvious over the last few years that we now live in a world of broken promises, false expectations, and… gasp!… lies. If you’ve ever sat and watched an E3 conference, you’ll know by now to take everything you see with more salt than you’ll find in a passive-aggressive Reddit thread.

Its trailer may have promised too much too soon, but that didn’t stop The Witcher 3 becoming one of the best PC games ever.

Why? Because by the time launch day comes around, the games that dazzled at E3 have often been subjected to downgraded visuals and throttled ambitions. Between reveal and release the developer realised that the lofty heights of those initial promises were too far out of reach, and so some features simply never come to pass.

As a lesson in trailers vs reality, we’ve collected together some of the worst offenders of the past. Now you’ve played the games and know them inside out, it’s time to look back on what was promised and realise that anything can happen on the road to release.

While the game is ‘fondly’ remembered as something that really should have been nuked from orbit, the big controversy that eventually enveloped Gearbox’s Aliens: Colonial Marines was how different it looked from its 2012 showcase. The graphical detail was so dialed down you could easily believe the game and its trailer were built in entirely different engines.

The lighting in the final game is flat and basic, and details such as cracks in glass, fog effects, and even cutscenes are entirely missing. For a game so desperate to get the world of Aliens right, the colours in the released version are completely wrong, despite being spot-on in the E3 demo. This isn’t the difference between high and low graphics settings; this is the result of entire pieces of tech being ripped from the game like a chestburster from Kane’s torso.

Certainly the most referenced trailer when it comes to the current ‘trend’ of over-promising in the graphics department, Watch Dogs’ original reveal at E3 2012 suggested we’d be in for a stunningly sumptuous visual experience, with superb particle effects in the wind and great flapping coats. While the game we eventually received was far from ugly, it was pretty standard compared to the truly ‘next-gen’ look shown off during its debut.

The graphics are only the half of it, though. The E3 2012 trailer has significantly better animations. Check out the way the cars crash into each other when the player hacks the traffic lights. It’s far more energetic and violent that the bumper-car knocks of the released game, and the number of vehicles involved is much higher. It adds an atmosphere of chaos that just doesn’t come across in Watch Dogs’ final, sterile world.

Bioshock Infinite’s 2011 trailer looks just like Bioshock Infinite! What’s the big lie then? Well, take a watch and start counting the things you see that you can’t do in the game. Let’s start with Elizabeth’s summoning powers: while in the final game she’s limited to a handful of repetitive, contextual items, in this E3 demo she is able to materialise anything required to get the job done. That even includes a freakin’ train.

Talking of trains, notice how the skyrails in the demo link the separate floating ‘islands’ of Columbia together, with Booker diving from platform to platform as he zooms around the network? That’s impossible in the final game, where the skyrails are simple circular circuits around slightly open areas, rather than the open-world feel that the demo suggests.

Oh, and while we’re poking sticks at Irrational, whatever happened to those Fringe-style dimension flickers, and the amazing encounter with the Songbird from the E3 2010 trailer?

When introducing a game, it’s important to generate hype and inform people of what to expect. While pre-rendered cinematic trailers are pretty common for announcements, they usually at least conveny the sort of thing we’ll be doing: FPSs are all bombastic and loud, and RTS games have loads of different units marching at each other.

Dead Island, a game about slapping zombies about with a variety of absurd homemade weapons at a holiday resort, decided to reveal itself with a heartbreaking short film about a child ripped from life too soon by the undead apocalypse.

It’s heavy on the slow orchestral music and emotional beats, so much so that people expected Dead Island to be a grim, dramatic game dealing with loss and panic in the time of zombies. Instead, we got the tale of a beefy rapper and his bros doing fetch quests. The Walking Dead this was not.

When CD Projekt first demonstrated The Witcher 3 at E3 2013, you’d have been excused if you fell off your chair. The debut gameplay footage was incredible; arguably the most advanced graphics anyone had ever seen, with a stunning open world to boot. No wonder it frequently topped the ‘most wanted’ lists of gamers for the next two years.

The final game, while certainly being a masterpiece in its own right, doesn’t quite meet the expectations that original trailer set. A visual downgrade was something that became obvious as the years of development went on, with each subsequent new trailer being a little less shiny than the last. The lighting lost its sense of drama, with shadows expelled by much brighter, flatter sources. And those incredible vistas that appear almost instantly as Geralt gallops from the forest? We sadly never received anything quite that dazzling.

Another victim of Ubisoft’s failure to meet their own sky-high standards, the debut reveal of Rainbow Six Siege painted a somewhat different picture of events as to how we know them today. While the house map and tense 5v5 gameplay are present and correct in the final game, things aren’t quite as explosive as they appear here.

Don’t expect to insert via helicopter in the released version of Siege, nor do a nighttime mission with those bright searchlights streaming in through the windows. The house is pretty destructible, but nowhere near as explosively as in this trailer, where plasterboard dust billows like fog and every surface from floors to stair bannisters are fair game for splintering. You can’t just blast your way downstairs Raid-style as they do here; you’ll need to hunt for a context-sensitive, weakened trapdoor.

But the biggest difference is that of the hostage. Here she’s scripted to interact with the player, talking to the drone and notably struggling when you guide her through the house. In the final game, she’d may as well be a wooden puppet for all the emotion on display. By removing any sense of humanity from the hostage, Ubisoft lost the magic of saving a life.

What game trailer had you hyped, only for you to discover that the final game was nothing like what you’d previously seen? Let us know gaming’s biggest trailer criminals in the comments below.