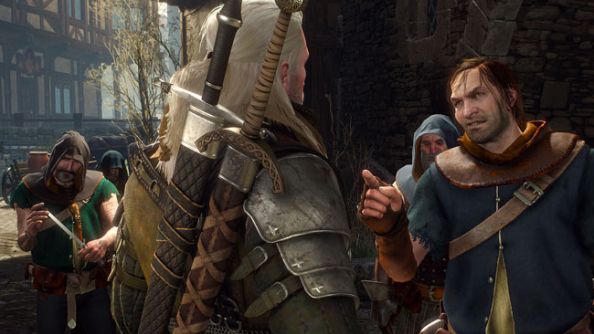 My Geralt has already combed Velen, the abandoned swampland where witches and goat-men stand in for gods, and Oxenfurt, the city The Witcher 3’s first expansion will take as its hub. But last time I checked – last night, in fact – I was level 12.

You won’t need to have finished CD Projekt’s colossal RPG to play Heart of Stone – but you will need to be in the vicinity of level 30.

The expansion introduces a new mechanic: runewords, which will “significantly” impact how The Witcher plays, say CD Projekt.

“Each Runeword will impact a different aspect of in-game mechanics,” expand the studio, rather cryptically, “and will allow the players to experiment with various strategies and tactics.”

Players can access Heart of Stone’s questline at any point during the game. It’ll task players with venturing out into the No Man’s Land that borders Oxenfurt to kill a bandit captain. But in the spirit of all the most basic-sounding Witcher quests, there’s a twist: the captain’s immortal.

The expansion will take 10 hours or so to complete, and cost $9.99 (about £7). A $20 limited boxed edition comes with physical Gwent cards – Monster and Scoia’tael decks, to be precise. And a £20 expansion pass will also include next year’s larger Blood & Wine.

Witcher 3 players more committed than I have reported levels of just over 30 at the game’s end. Will Heart of Stone be the right sort of challenge to welcome you back to the North?