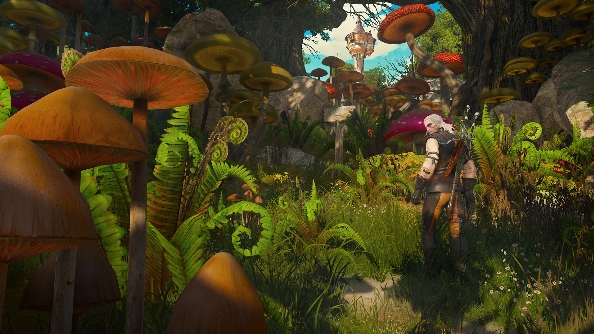 As mentioned in our Witcher 3: Blood & Wine hands-on impressions, there’s a feeling in this story that Geralt of Rivia is finally winding down. It’s something all the best heroes have to do. And just like Rambo hobbled back to his ranch after a long career of bloody murder, Geralt now has his own little piece of home: the Corvo Bianco Vineyard.

Looking for somewhere else to call home? Why not try one of the best sandbox games on PC?

Among the big bosses and fancy armour sets of this expansion, the vineyard could be easily swept aside as a minor feature. But it’s of both narrative and interactive importance for Blood & Wine. Not just a place for the series to hang its cloak, the vineyard is an area for players to invest time and money in as they renovate it from dilapidated ruin to stately manor. 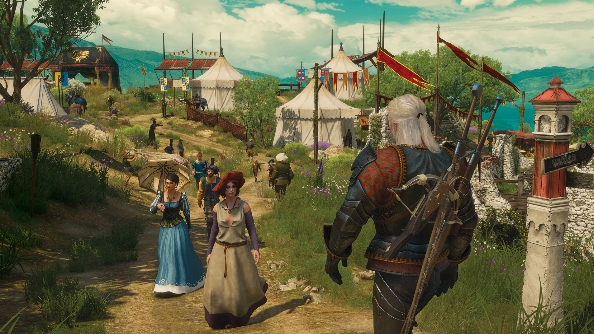 The deeds to the vineyard are part of Geralt’s payment for accepting the main contract in Blood & Wine, and when you first arrive it’s clear that a substantial amount of work needs doing. Brickwork is cracked, gardens are little more than dirt patches, and the house is an echoey, spider-web ridden wreck. But with some cash injected into the system, this place can be a perfect retirement palace.

The vineyard works as a sort of player housing arrangement, but don’t expect something on quite the same level of Skyrim’s Hearthfire expansion. Instead your estate manager/butler will arrange the restoration of various areas in return for gold.

And we’re talking substantial amounts of gold; to restore the entire plot you’re going to need multiple thousands. It’s a campaign-long investment, with each new quest reward helping you make an improvement here and there. It’s reminiscent of real-life, much like how people scrimp and save over months to decorate a new home to the perfect finish.

Investment in the vineyard doesn’t just offer aesthetically-pleasing additions. The majority of renovations confer bonus stats to Geralt, or some kind of aid. Plant a garden and you’ll be able to harvest herbs for your potion-brewing. Build stables and Roach will have notably improved stamina. Furnish a guest bedroom and Geralt can invite company around for dinner (come on, CD Projekt, we know Geralt’s visitor’s won’t actually be using that room). 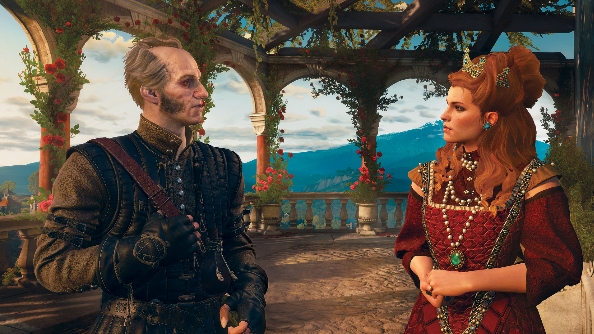 There is some Sims-like decoration too, albeit with an RPG, monster-hunting twist. All those fancy swords you’ve amassed over your career? Why not fill your hallway with mahogany stands to display them on? Those elaborate suits of armour that you stopped using weeks ago, but are too beautiful to let go of? Put them on mannequins in your dining room so it looks like you’ve got an army in attendance at mealtimes.

For all the lovely little things you can do in Geralt’s vineyard, it seems like the one thing you can’t actually do is make actual wine. Perhaps that’s something being held back as a surprise for the final release, or maybe that was just too much to hope for (turning the Witcher into a winemaking and distribution management game may be a step too far).

But that’s not what Corvo Bianco is about. It’s a little plot of land in a beautiful country where finally, after so much turmoil and travelling, Geralt can be at peace. After being homeless and memoryless for so long, it’s probably what he deserves.