The Witcher 3’s Geralt is a grumpy old man, but there’s something appealing about his gruff grandad voice and world-wearied face. He’s seen some stuff in his time, but he’s not past offering you a werther’s original either – in a sexy way.

But if old man Geralt isn’t quite doing it for you, there’s a mod which makes Geralt much younger (via Kotaku) – and it’s got us all flustered.

Got a green thumb? Here’s how The Witcher 3’s horticulture is on point.

Atherisz’s young geralt mod makes the gruff Witcher look much younger, there’s even the option to lessen his scars, add more scars, or even add eyeliner – if you’re into that kind of thing. Certainly not the kind of thing you’d expect from The Witcher 4.

He’s an example of the mod in action: 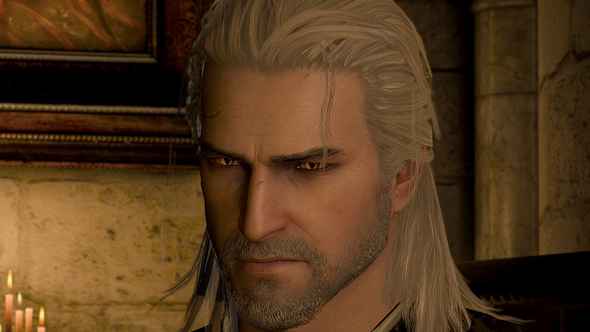 The young Geralt mod is available here. But – be warned – you might need a cold bubble bath afterwards.