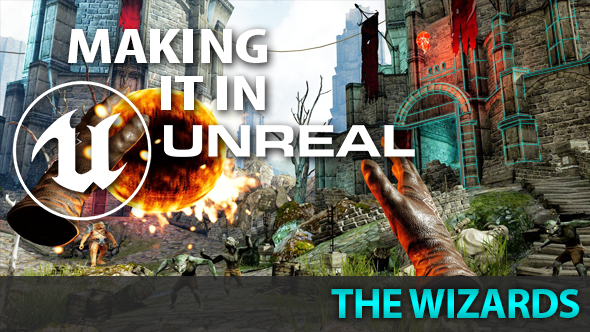 In times of great peril, mages put their years of training and academia to the test – travelling through time to fling fire and lightning at hordes of trolls and goblins in protection of the Realm of Men. Or so The Wizards would have us believe.

In Carbon Studio’s VR game, you live the battle experiences of a mage, one-to-one. The trouble is, and forgive me for making assumptions about your own life, but you probably haven’t trained for the hordes and the fire-flinging. Addressing that gulf between the seasoned mage and, well, you, clumsily strapped into a VR headset while bearing motion controllers, has been one of the great challenges of The Wizards’ development.

The march of VR 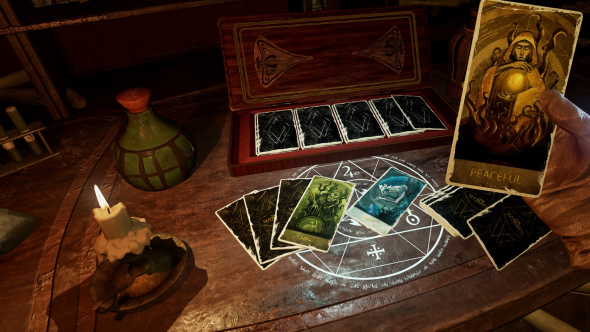 It’s only been three years since Oculus were tentatively sending out developer kits for what would become the Rift. But if you look at the games of Polish indie studio Carbon, you can see just how much has changed in the hardware as well as the approach of developers towards VR.

Carbon’s last effort, a science-fiction retelling of the Wonderland story named Alice VR, started development on the DK2. The game mirrored its team’s infatuation with these new, magic goggles that allowed them to retreat into another world.

By the time they began work on The Wizards, however, VR had spread – from the head down to the waist. With the release of the HTC Vive and Oculus’ Touch motion controllers, the fantasy had changed.

“For us it was obvious that we had to make the most of this new possibility,” PR manager Pawel Gajda says. “And becoming a wizard is like a childhood dream for a lot of people.”

The Wizards reflects the key lessons Carbon learned making Alice VR. Where their last game was built from large levels with relatively little interaction, this time they resolved to pack as much fun into one place as possible. The result is a game in which you burn villages and ruined castles as the horde charge on your location, rather than the other way around – moving towards the enemies yourself.

The game’s prototype was put together across three days during a VR jam in Hamburg last summer.

“We barely slept,” Blueprint scripter Daniel Kisielewski remembers. “It was a lot of work, exhausting, but very satisfying.” And so the work continued. 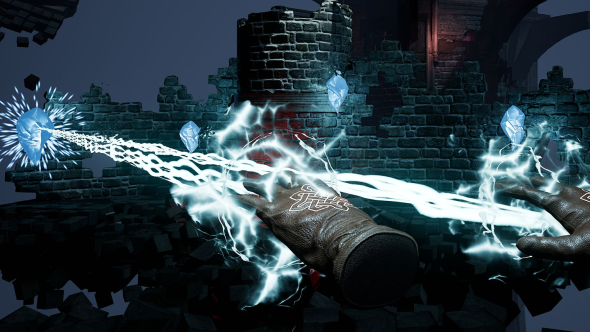 In the prototype, the single spell Carbon had implemented was a projectile, fired like a slingshot. Casting involved pushing down triggers on the motion controllers – but now, The Wizards is all about performing gestures with your hands.

“Originally there were some difficulties when it comes to recognising spells,” Kisielewski notes. “You meant to conjure one but the other came out. But by making some slight adjustments we were able to overcome it.”

The team have worked through their technical difficulties with the help of some choice Unreal Engine 4 plugins. But the greater problem was how to sell the wizard fantasy with one-to-one motion tracking.

“The funny thing is that we had to make throwing fireballs at the enemies easier than in real life,” Gajda says, raising some questions about his background.

“If you take a stone and try to throw it at something ten or 20 metres away from you, it’s not that easy to hit it,” he clarifies. “But in our game, you are a master wizard. You have to have skills better than in real life.”

Which is to say: Oculus and HTC’s motion controllers are designed to track exact gestures – but our exact gestures are often clumsy, and not at all befitting a mage at the peak of his abilities. For that reason, Carbon have introduced a very slight auto-aim that helps players hit targets from far away.

“It’s tricky, but I believe it works quite well right now,” Gajda says. “We are satisfied.” 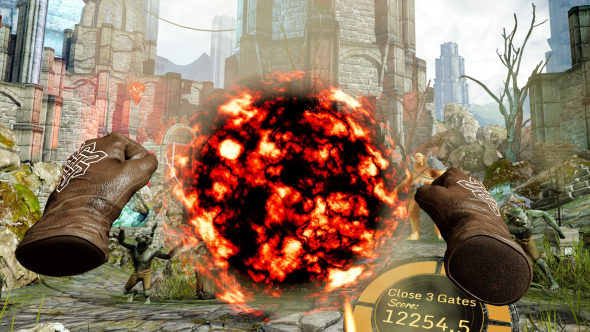 When you hold a ball of fire in your hand – a Pyroblast, as it’s called in The Wizards – you see the smokes and the sparks. You hear the crackle of flame and feel the force vibrating in your palm.

“It was really important from the experience side to make sure sound, visual effects, and force feedback perfectly fit together and work simultaneously,” Gajda explains. “All together it gives you this sensation of having something that’s really powerful in your hands.”

The challenge has been to keep the frame rate at 90 – a necessity rather than a luxury when avoiding motion sickness in VR. The team have leaned on Nvidia’s VRWorks, a suite of APIs, libraries, and optimisations designed to help developers get the most out of their headsets.

“It helps frame rate very much,” Kisielewski says. “They are using their own tricks when it comes to rendering and lens matched shading.” 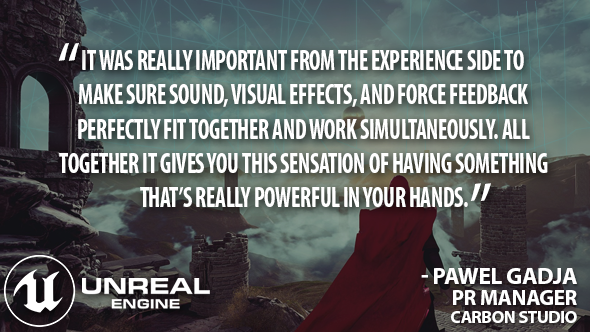 Gajda points out that, when Carbon surveyed their alpha testers, they found that 70% owned PCs with specs above Oculus’ recommended settings. It’s not the kind of study you could publish in a paper – clearly there’s an element of self-selection among players who have put themselves forward to test a VR game. But it has helped the team focus their efforts.

“Actually, it’s a question about how players who have a GTX 1080 can make the most of the game, and not how to make sure that we meet the recommended specs,” Gajda says.

“I’m proud of the spells and the fun that comes from casting them,” Kisielewski adds. “Even though I should be fed up with testing them, it is a power fantasy and it does empower you when you can throw fireballs. I find it very entertaining, and I’m glad I’m not alone.”

The Wizards is coming to PC next month. Unreal Engine 4 is now free.

In this sponsored series, we’re looking at how game developers are taking advantage of Unreal Engine 4 to create a new generation of PC games. With thanks to Epic Games and Carbon Studio.