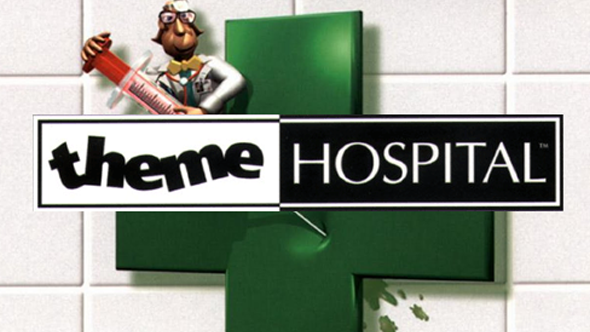 Theme Hospital, Bullfrog’s hilarious management game, worked wonders to turn what could have been a dull task – working as a hospital administrator – into a lively and, at times, fiendishly difficult game. We almost didn’t get it, though. One of the developers hated Theme Park so much that Peter Molyneux had to trick them into working on Theme Hospital.

Speaking to Gurt Lush Gaming, who allowed us to publish extracts from their interview, Mark Webley and Gary Carr, two of the game’s developers, explained that Carr couldn’t stand Theme Park.

“I hated it so much I left Bullfrog, about halfway through development of Theme Park,” Carr says. “I just didn’t get it and didn’t think it would be a hit. But of course it was a smash hit. I felt it was such a departure from the serious games and I felt Powermonger and Populous more represented Bullfrog and then we ended up doing this quite cutesy looking game. That’s before I knew what the game was going to be, so my initial instinct was to not like it. I actually didn’t think it was a good move, but it was an amazing move because it was a brilliant game.” 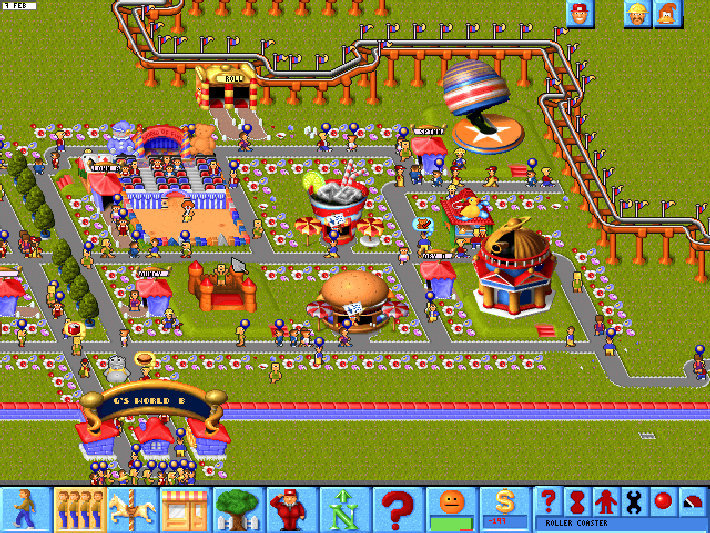 Carr left Bullfrog to work at Bitmap Brothers part way through development of Theme Park, but he knew about a project Molyneux was working on, a project that he wanted to be a part of: Dungeon Keeper.

“Peter was brilliant at selling anything, he basically sold the job back to me,” Carr says. “I wanted to come back and Peter wanted me to come back; he knew I wanted to work on something else and he just nodded along to me, I said ‘Can you tell me what I’m working on?’ and he said, ‘Well I can’t really say’. So I said ‘Could it maybe have a dungeon in it?’ and he said ‘Could have’. So of course, I thought ‘great. I’m on this sexy new idea [Dungeon Keeper]’ but, no, he put me with Mark.”

This time, though, Carr stuck with the project, seeing how well Theme Park had turned out. That’s not to say it was easy, the team had the task of making hospitals fun – which are, let’s not forget, buildings filled with the sick and dying.

“You kind of start with a crappy title like a Theme Hospital and then your immediate thoughts are ‘Shit, that sounds rubbish – how are we going to make this fun and interesting?’” Webley says. “When you think about a theme park it’s colourful and there’s really cool looking rides but when you go to a hospital, you walk around and it’s grey with dull rooms.”

“All the rooms look the same and there are machines that aren’t really obvious what they do,” Carr adds. “Visually we had to think where we were going to go with this and also from a content point of view how do we decide on the tone, because death is quite sad and people don’t like to talk about illness. So on one of the last days of our research we were filming operations, speaking with heads of hospitals about how they make money from illness and then they asked if we wanted to go to the mortuary in the afternoon and we were just like ‘no’. So, I think we had the idea at the same time to make up the illnesses and the cures, as it would give us much more creative freedom, which we really needed.”

Webley wasn’t keen on the idea of making up illnesses but the pair ran it by the Friday review – a team meeting Bullfrog used to run weekly. “We had multiple games in development back then and so every six weeks or so it would be your turn to do a Friday review,” Carr explains. “These were quite nerve-wracking because you were kind of showing to your peer group your work. Our game wasn’t a dungeon crawler or an underwater game or a superhero game so we felt ‘oh god, how are we going to show this off?’. We had just got bloaty head in and took people through the diagnosis process and into the point when the character gets cured. If you can remember it, it was a popping of the head and an inflating of the head. Everybody burst out laughing and we got a massive response from it. It was then we realised we were onto something. So we sort of doubled down on the made up illnesses and made up cures after that.” 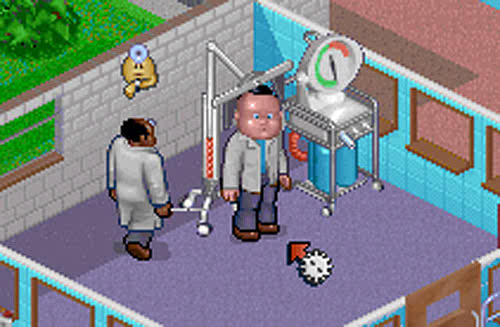 Still, the game very nearly turned out to be a wildly different game from what we saw today. It was almost set hundreds of years in the past.

“Our original plan was to do current day hospital, then do a medieval/ Victorian hospital and then a future hospital,” Webley says. “But there was actually no way we would have had the time to do all that.”

“It didn’t need it though and this happens a lot in development where you think you need more than you’ve got,” Carr adds. “The game had enough going on anyway. It could very easily have been a medieval hospital game if we’d started on that one, but we happened to start on the present day one.”

Thankfully, EA never got wind of the plan. “We didn’t tend to do a lot of design documentation back then,” Carr says. “It was much more organic because the teams were small so you kind of made it up a little bit as you were going along, if I’m honest. So, if we ever sat down and created a design document perhaps we would have been forced into putting those other things in there. EA may have called it feature cutting if we hadn’t done it, but nobody else knew we were planning to do that.”

When Theme Hospital was released in 1997 it quickly became a success, though EA hasn’t done anything with the game since. 20 years on, Carr and Webley are still working together, now at a studio they founded called Two Point Studios. The pair have partnered with SEGA but aren’t yet ready to talk about what exactly the details of this relationship are. Carr only said that “Sega were playing the game with us just prior to speaking to you. We are completely happy for them to be hands on. It’s not a game you particularly have to take control of and show how to play.

Gurt Lush Gaming’s interview with Gary Carr and Mark Webley can be found right here on their YouTube channel.