The latest Humble Bundle is all about the art of war. If you’ve ever been interested in Creative Assembly’s long-running Total War series, now seems like a pretty good time to grab them and support a good cause at the same time. 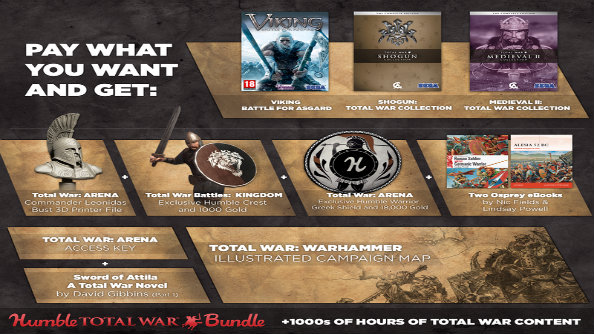 Total War: Rome 2 Emperor Edition and all its expansions are thrown in if you cough up $15 or more. On its own that game is £29.99 on UK Steam, so it’s a lot of war for your wedge. Here’s the promo trailer: