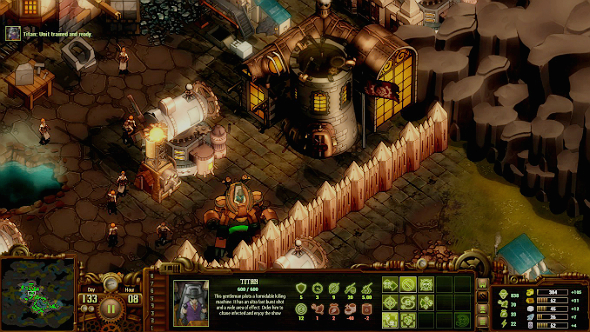 They Are Billions received its latest patch last week. As well as new language options, buildings, and other features, the update introduced weekly community challenges.

Keep your colony safe with our They Are Billions guide.

Starting today, every week will see a new challenge issued to the They Are Billions community. Each challenge will pit the entire player-base against one another on the same survival map. Scores will be uploaded to a leaderboard, allowing you to compare your score with other players, but you’ll only have one chance at each challenge.

Elsewhere in the update, the game now offers a total of nine new language options, including Chinese, Korean, and French. Soldiers are now able to pick up explosive barrels and place them as traps to thin out infected hordes. Survival maps will also now include fortified, but now abandoned, towers. These can be cleared of infected, repaired, and then used as part of your own colony to help you fight off the zombies.

This week’s challenge spawns you in right next to one of those new towers, giving a helpful defensive boost, but in the middle of an open plain with little obvious choke points. You can read the relevant notes for the latest update here.