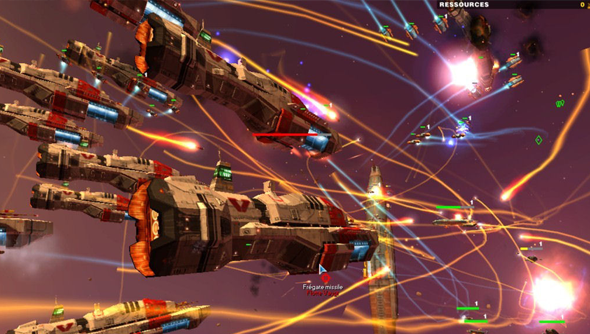 While the lion’s share of THQ was sold back in January, with most of its major studios being picked up by other publishers, there were some properties that were left on the auction house floor. Chief among the game licenses that weren’t bought, at least in our eyes, was Relic’s fantabulous space-based RTS Homeworld. While Relic itself was bought by Sega the license to the game was not bundled with the company.

Well, all those leftover licenses are going up for auction to be picked over by those with the money to back up their bids. Check out the full list of properties below.

The bidding will be broken into four lots and won’t begin till 1 April. Two weeks later, on the 15 April, it will all be decided, we’ll know who will own the license to sell and develop new games in the following franchises:

We know that Double Fine were interested in THQ’s bankruptcy filing before its January auction because they were looking at picking up the rights to their games Stacking and Costume Quest. They may not be the only developer looking to regain ownership of their old projects.