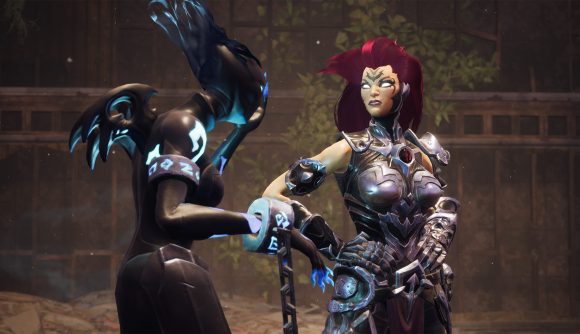 THQ Nordic AB owns THQ Nordic GmbH – the latter is the company you’ll most often hear about as THQ Nordic – alongside other divisions like Koch Media, which owns publisher Deep Silver. That’s caused plenty of confusion around other PR situations, like when THQ Nordic (GmbH) suggested it wasn’t signing off on Metro Exodus ditching Steam – a comment THQ Nordic (AB) then had to distance itself from.

But after the 8chan incident, THQ Nordic AB CEO Lars Wingefors offers an apology in no uncertain terms. “This letter is to offer my sincerest apologies and regret for THQ Nordic GmbH Vienna’s interaction with the controversial website 8chan last Tuesday, February 26,” Wingefors writes in a statement received by GamesIndustry.biz. “I condemn all unethical content this website stands for. Even if no one within the THQ Nordic Group would ever endorse such content, I realize simply appearing there gave an implicit impression that we did.”

Wingefors adds “As co-founder and group CEO of THQ Nordic AB, I take full responsibility for all of THQ Nordic GmbH’s actions and communications. I have spent the past several days conducting an internal investigation into this matter. I assure you that every member of the organization has learned from this past week’s events.”

After the AMA was pulled last week, THQ Nordic GmbH marketing head Phillipp Brock tweeted from the official account to say “I personally agreed to this AMA without doing my proper due diligence to understand the history and the controversy of the site. I do not condone child pornography, white supremacy, or racism in any shape or form.”

Read more: These are the best games on PC

Brock followed up with a direct apology for the incident. There have been no tweets from THQ Nordic GmbH’s account since. The original tweet linking to the AMA has been deleted, as has the now-infamous “shoutout to Mark.”