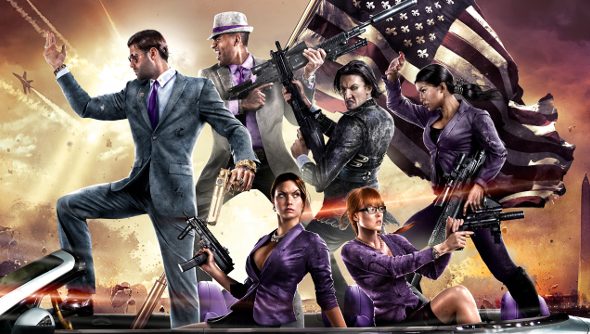 Fancy some freedom? Check out the best sandbox games on PC.

According to an announcement by THQ Nordic (via Gematsu), the publishers now own Deep Silver, and all the series they publish, including Saints Row, Metro, and Dead Island.

THQ Nordic, formerly Nordic Games, is the successor to American publisher THQ, who previously owned the Volition – the developers of the Saints Row and Metro series. However, when THQ went bankrupt in 2013, Volition was sold to Deep Silver. By THQ Nordic purchasing Koch Media, and therefore, Deep Silver, they have returned the series to the THQ name.

“Koch Media has a long history of profitability despite losses incurred from some less successful game releases,” THQ Nordic CEO, Lars Wingefors, says in the announcement. “THQ Nordic is convinced that the development studios of Deep Silver as part of THQ Nordic will successfully deliver at least four ongoing AAA game projects including Metro Exodus as well as the next Volition Studio AAA release and the next Dambuster Studio AAA release, together with a number of other game development and publishing titles.”

“I strongly believe that THQ Nordic is a great strategic fit with Koch Media,” Koch Media CEO, Dr. Klemens Kundratitz, adds. “In addition to having long experience within games development and publishing, THQ Nordic has the skills, willingness and capital to deliver growth in the future.”