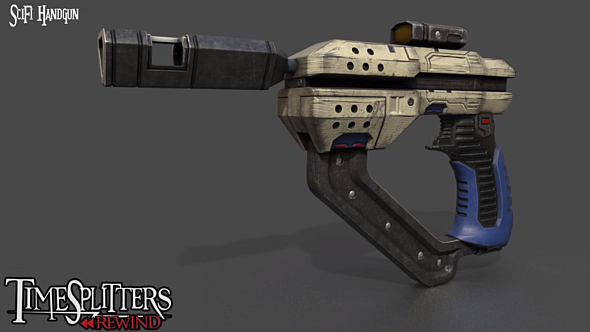 TimeSplitters Rewind got its second developer update video on New Year’s Eve, and – thank goodness – it’s a little more detailed, and encouraging, than the first, but there’s no mention of a release date.

Indulge a little more nostalgia with some of the best classic games on PC.

That’s contrary to the first update video, which came out at the end of August last year and said that, despite setbacks: “We’re still aiming for our initial release for 2017.” Obviously, that hasn’t happened, and no revised release window is suggested. You can check out the latest update above – it shows some level and weapon assets, some animations and UI elements, but it’s still looking quite rough.

Ablog post on the project’s website says “the part-time nature of the project has meant that the life events of individual members can have a substantial impact on development.” The team acknowledge that there have been a number of project leads since Rewind’s inception in 2013, since when development has been stop-start, and changes in direction sometimes undoing progress.

“Since moving onto CryEngine 5.4 four months ago, the team has essentially rebuilt the core of the game from scratch. With the technical assistance (in an advisory capacity) of Crytek, the team has made steady progress and currently has perhaps the most stable iteration of Rewind to date.”

The original TimeSplitters came out in 2000 on the PlayStation 2, and was a slick, stylised shooter made by ex-Rare devs with experience on GoldenEye and Perfect Dark – two of the most iconic console shooters ever. It birthed a beloved series of wacky shooters which, sadly, ended in 2005 and, tragically, never came to PC.

Despite Rewind’s many troubles, it is our best chance at righting that wrong: it hasthe blessing of licence-holders Crytek, as well as their technical advice. Here’s hoping this latest development push is the one that finally leads to a release. If you’d like to help out, you can check out the dev team’s vacancies here, though do note it’s a volunteer project.