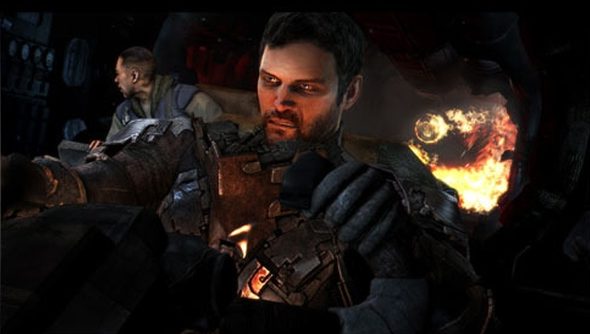 Yesterday’s weirdly stilted Dead Space 3 trailer was about as informative as a Chinese instruction manual, but we at least managed to work out that Isaac Clarke isn’t the protagonist. But according to these wee screenshots, posted on AGB, he is. Well, it seems that he’s a co-op protagonist with proper protagonist John Carver.

Is Clarke happy to share the limelight with someone else? Probably not. Are we happy for Dead Space 3 to have co-op play? Not really. The original two games were about one man against unbearable odds, and Dead Spaces one and two were tenser experiences for it. Giving him a buddy is like giving Die Hard’s John McClane a partner.

That said, if there are parts of the game – levels, I believe they’re called – where you and your partner have to split up and explore horrible corridors, then it might just about work. And we’re glad to at least see Isaac Clarke making an appearance.