Great bands often tell the stories of the fortuitous meetings that led to their formation. A chance discussion at a party; a stranger spotted carrying a curious vinyl record under their arm on the train. Programmer Daniel Dressler was born in the wrong decade to be carrying vinyl when he met designer Hiroaki Yura, but he did have something the pair could both get excited about: a prototype for the game that would become Tiny Metal.

“It kind of sucked,” Yura remembers. “It was an exact clone of Advance Wars, and he lost his artist, and couldn’t make it anymore. He was stumped. We wanted to make it better.”

In the 18 months since, Yura, Dressler, and their colleagues at AREA35 have turned that clone into a spiritual successor to the handheld strategy game they once loved. 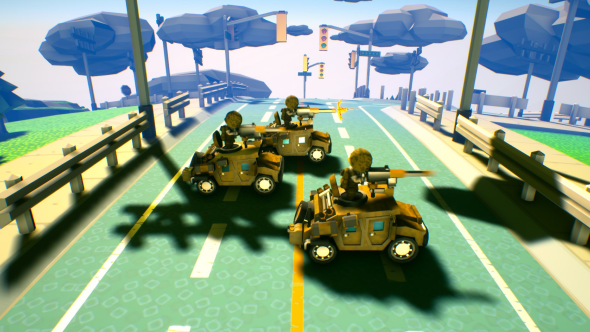 Although Tiny Metal represents the first release from an indie outfit, many of its staff have worked together in the games industry before. Yura and his colleagues specialise in music production, and have worked with Blizzard, Bandai Namco, and Square Enix.

“We respect the way indies make their games, and we thought it would be challenging,” Yura tells us. “Instead of having 300 to 1000 people working on a single game, as we’re used to, we wanted to do it with a small team. That’s how it came to be.”

“We wanted to have different designs for each faction, and we’re used to doing these kinds of things but we can’t,” Yura says. “There’s so many things that we can’t.”

AREA35 have come up with some rather economical solutions to their problems. Instead of having their Zelda veteran artist build a variety of infantry assets at a lower quality, they have had him design only one soldier. That soldier has then been modified and reused a number of different ways. Long-range infantry use the same basic body model as the default soldier, for instance – simply swapping out the default assault rifle for a sniper. And for their Spec Ops unit, the team applied a mask to the head and a silencer to the gun.

One happy side effect is that Tiny Metal has a cohesive art style – since its units are clearly related to one another. “We needed to make sure the design worked really well, and that these changes were really looked after,” Yura says. “We’ve tried to make use of good assets in a very minimalistic way.” 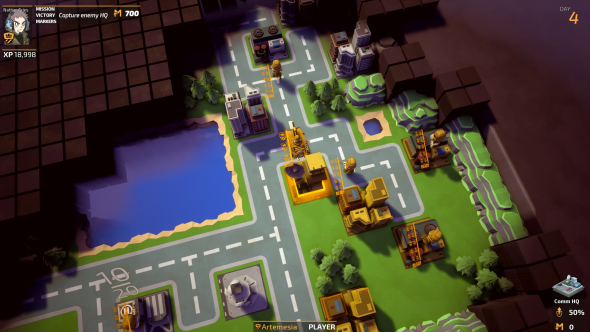 Dressler is a former kernel programmer who interned at Microsoft – and that experience working with Windows is apparently still paying dividends for Tiny Metal’s level design.

“He has this extremely good habit of making tools for us,” Yura explains. “Making maps is as easy as making a city in SimCity with unlimited money.”

Ironically, Dressler is also a huge Linux enthusiast. In fact, the possibility of releasing Tiny Metal on that platform was one of the reasons he decided to build his prototype in Unreal Engine 4 – a multi-platform approach the team have embraced by developing for everything from the PC to the Nintendo Switch. 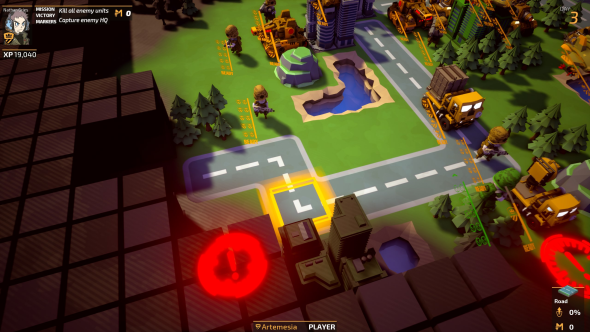 In his previous roles, Yura has watched the master balancers of Blizzard at work.

“They’re very, very smart about everything,” he notes. “They’ve got a lot of experience, and a lot of the stuff that their game designers conceive in their heads, they get it right the first time. We’re not like that.”

AREA35 do not have the experience of Blizzard when it comes to balancing the interplay between Tiny Metal’s many units. However, they do have a tool purpose-built by Dressler, called LiveData. The tool links into Google Sheets and, with the press of a button, can refresh the game’s build to reflect any new data in those spreadsheets.

The tool was inspired, in part, by a game development discipline that does not exist in the West but is common in Japan: the planner.

“Planners are a mixture of game design, map level design, maybe even bringing out tea to people,” Yura says. “Everything all in one. Western developers don’t use spreadsheets, whereas Japanese planners are only used to working on spreadsheets. Daniel made the cultural cross between by making this work for both sides. That was a really good move, I thought.” 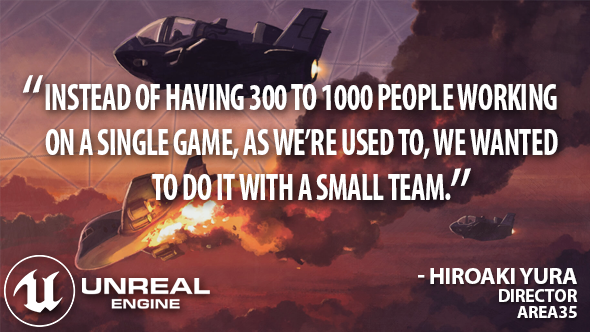 As a result, AREA35 are able to alter values and test the results in-game very quickly: tweaking everything from movement and visual range to the attack power and resistances between different units.

As Tiny Metal nears release, LiveData has become symbolic of a project dependent on developers learning to be a little more flexible and accommodating than before.

“I think it’s really hard for people like us to transition into an indie team,” Yura says. “We’re used to having people help us. I’m proud that everybody adjusted and worked hard to understand everybody else and their culture to make this game happen. It’s not just the skills displayed by our staff, but I guess the human portion that counts a lot.”

In this sponsored series, we’re looking at how game developers are taking advantage of Unreal Engine 4 to create a new generation of PC games. With thanks to Epic Games and AREA35.