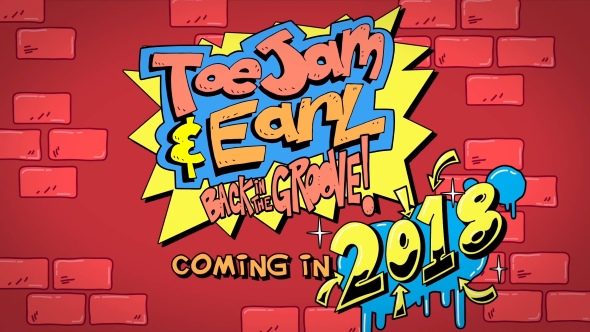 Another day, another delay. The upcoming Toejam and Earl sequel – spawned from a successful Kickstarter campaign – has been delayed somewhat. Despite their best intentions, Humanature Studios report in this Kickstarter backer update that their 90s revival is still coming along nicely (and securely, thanks to an Adult Swim publishing deal), but will just take a little while longer in the oven.

At least we get an overly dramatic trailer out of it. Check it out after the jump.

You’ll want a buddy for the best possible time with Toejam & Earl. Polish up on your teamwork in some of the best co-op games available on PC today.

Let’s be real for a moment: 2017 was getting a little over-crowded anyway. It seems that there’s at least one major AAA release every week, and countless smaller titles flying under the radar. So long as Humanature have the resources to safely push the game back a few more months, the extra time and move to a less crowded spot in the calendar is probably going to do the game good.

For those who’ve never played the originals on the good old Megadrive/Genesis, they were… unique. The first was an isometric pseudo-roguelike game of exploration and light puzzling, with the two weird-but-chill alien protagonists scurrying around Earth (alone or in split-screen) to gather the resources needed to fix their ship and get back home to Planet Funkotron.

The second (and less well-recieved game) was more of a traditional platformer, and while Back In The Groove is going to be taking some artistic cues from the second game, it’s patterned squarely after the first, while building on the remarkably easy-going formula with new items, interactions and playable characters.

Personally, I missed out on the original the first time round. Hopefully I’ll be on the ground floor for this one.