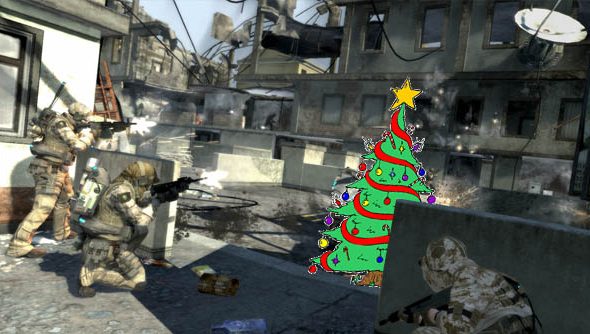 Ghost Recon Online, Ubisoft’s free-to-play shooter, has gone out and got itself a hamper full of new kit. The Arctic Pack comes with six new weapons, a new map, and five more bits of kit.

More on what exactly the pack contains below.

So, the rug that ties this whole update together is the new Arctic nuclearbase level, Tomsk-9. It’s symmetrically designed, which should make for a more balanced game. Though it does remove one more of the excuses you can make when you’re whomped by a clutch of children.

On top of this are six new gun variants, all of which have an ice texture, to go with the whole aesthetic, I suppose:

I’m so glad Ubisoft opted for names that trip off the tongue. It’s names like the OCF-FL2 which will last for generations and why hats like the trilby will be forgotten by next season.

The Arctic Pack is out and purchasable already with either in-game or realworld monies. Though if you want those Arctic weapon variants you only have two weeks to pick them up. The hats and body armour are a permanent addition.