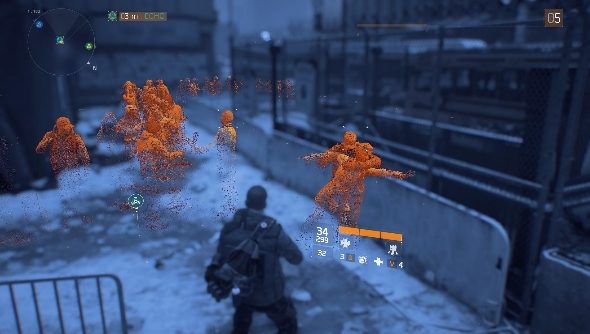 The Division’s first major patch has arrived since its phenomenal release week sales, bringing a few tweaks to the way the post-apocalypse works.

For a comprehensive Dark Zone survival guide, see our tips to getting the best loot in the PvP area.

The main takeaways from the list of mostly quality of life changes for players is the effective nerf of the turret’s stun upgrade, which supposedly could result in stunlocked enemies and players in PvP scenarios.

The dedicated PvP area, the Dark Zone, has also had a disconnect timer increased to 30 seconds to avoid players from being able to log off and avoid death if the cowards were losing a fight versus another player.

Less cowardly behaviour should be necessary as the XP and DZ cash penalties for dying have also been reduced, though bounties on Rogue agents have been increased as well as the rewards for surviving Rogue status to entice more player bloodshed.

The full list of changes can be read here.