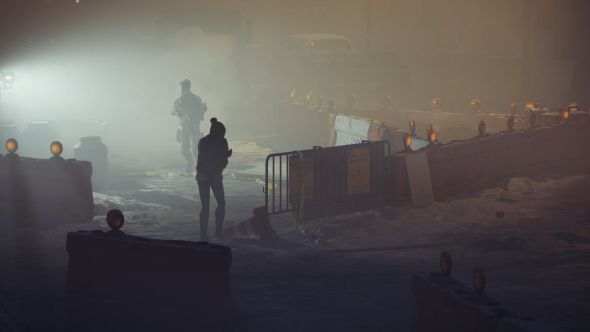 Update, February 12: The modder who was permanently banned from The Division for creating a photo-mode could have his ban overturned.

Last week, Finnish modder Matti Hietanen shared a message from Ubisoft telling him he had been permanently banned from The Division for developing a photo-mode for the game. Thanks to some intervention from the powers-that-be, however, that ban could soon be overturned.

Here’s our review of The Division on PC.

Julian Gerighty, creative director at Ubisft, tweeted last weekend to say he would take a closer look at the ban. Gerighty told Hietanen “love your work and would like to see more.”

Hey Matti, I'll check this out today. Love your work and would like to see more.

There’s obviously no guarantee that the ban will be overturned, but given that there didn’t seem to be any malicious intent behind the mod (which involved the use of some cheat-making software), it’s reasonably likely that Hietanen gets reinstated in the not-too distant future.

Original story, February 9:The history of PC gaming is one peppered with collaboration. You don’t have to look far to find a company hiring modders, or working with community figures to improve on their game. Unfortunately, for the maker of a photo-mode mod for The Division, the opposite seems to have rung true, as Ubisoft have permanently banned him from the game.

Finnish physics student Matti Hietanen has developed a program called Cinematic Tools, which allows palyers to take control of in-game cameras in games including Battlefield 1, Dark Souls III, and, most recently, The Division. The tool itself is relatively standard far for any photo-mode, allowing players to turn off the HUD, stop time, and move the camera around to line up the perfect shot.

Hietanen first created the tool back in 2016, but it resurfaced recently when he re-optimised the tool to get around Ubisoft’s anti-cheat measures. It spawned some extremely pretty pictures of The Division’s well-realised post-apocalyptic New York, but it took less than a week for Ubisoft to take action, permanently banning Hietanen from the game.

Hietanen tweeted a screenshot of a message from Ubisoft that read “we have detected recurring actions on your account which are in direct breach of our code of conduct. Please be aware that we have taken the necessary steps to preserve the play experience for others and this has resulted in you receiving a permanent ban. You will therefore be unable to play Tom Clancy’s The Division.”

Ubisoft are, of course, fully within their rights to ban Hietanen, as while the tool isn’t designed to allow people to cheat, digging around in the game code is against many terms of service agreements.