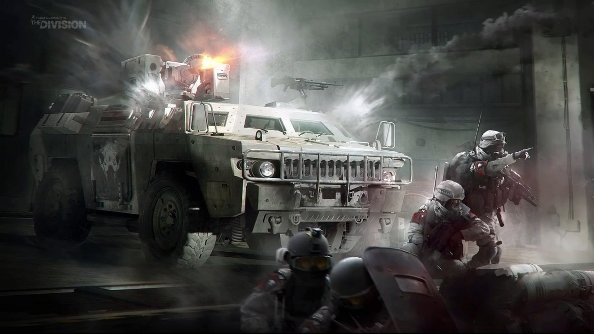 Ubisoft have issued a warning to anyone found cheating or exploiting bugs in The Division as they prepare to send out a wave of suspensions and bans for existing hackers.

Still looking for a massively multiplayer mostly bug-free experience? Try one from our best MMOs list.

The blog post, addressing rising concerns in the community, comes after an experienced network programmer declared the game’s client-side authentication issues couldn’t be fixed “without a complete rewrite” of the netcode.

Ubisoft claims they will be bringing in new measures to prevent player experience being hampered by those using third-party programs to cheat or exploiting glitches and bugs to gain an advantage in PvP.

The first of these measures is a new cheat detection model which has apparently already borne fruit.

“We have already caught more cheaters in the last few days than we had in total during the previous weeks,” the update reads. “As a result, we will be handing out the biggest wave of suspensions and bans to date over the course of the next few days.”

These suspensions also now begin at 14 days instead of the default three-day suspension for first offences. Second offenses remain a permanent ban, and Ubisoft hopes the change will further discourage attempts to cheat while they work on more detection solutions.

Exploiting these glitches, as well as bugs that allow players to easily bypass difficult sections of missions or replay daily missions multiple times to gain more loot, will also be punished by Ubisoft.

The team are also looking into stronger testing processes before patches are released to attempt to curb the number of these exploits, but recognise fallibility is an inevitable part of the game’s ongoing development at this point

“In the event that a bug makes it into the game, and this bug can be used by players to gain an advantage, we need to be able to react and fix it, but also dissuade players from exploiting this bug until it is fixed,” the post continues. “This is why moving forward we will adopt a stronger stance against players abusing exploits.”

Part of this stance also involves letting players know as soon as an exploit has been found that it is one of the bad ones, and that you should not use it.

Instead of worrying about whether telling everyone about a sweet new way to get a million credits quickly will cause more people to try it, Ubisoft are now using that announcement (on official forums and communication platforms) as a cut-off point where anyone caught using the exploit after it is made public will be punished.

The punishments for exploiting appear to be more lenient than straight up cheating, and those encountering a bug during the course of normal play supposedly have nothing to fear.

“Sanctions will be implemented for players who repeatedly abuse exploits and will vary depending on the severity of the abuse, as well as the history of the player,” Ubisoft says. “Possible sanctions include character rollbacks, account suspensions and permanent bans.”