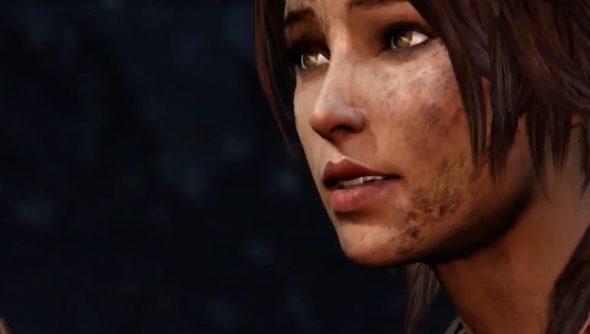 The new trailer for Tomb Raider begins with the gruesome and painful impalement of the young Lara Croft. Ooooh, how prurient of you Crystal Dynamics! Could you be Freudianly suggesting that the Tomb Raider reboot documents the transition of Lara from innocent girl to feisty woman?


Or are we just massive sex-obsessed perverts? Either way, the reboot’s trailer certainly suggests a new direction for the old Lara. Gone are the puzzles and supernatural elements, replaced with a survival yarn on a tropical island. Lara seems to get hurt and double-crossed a lot. Judging by the trailer, she probably even double-crosses herself in the full game.
A release date for Tomb Raider has also been announced: March 5 2013 on all platforms, including the PC.
{"schema":{"page":{"content":{"headline":"Double crossing the line: Tomb Raider reboot\u2019s E3 trailer","type":"news","category":"tomb-raider"},"user":{"loginstatus":false},"game":{"publisher":"Square Enix","genre":"Puzzle","title":"Tomb Raider","genres":["Puzzle","RPG","Survival"]}}}}