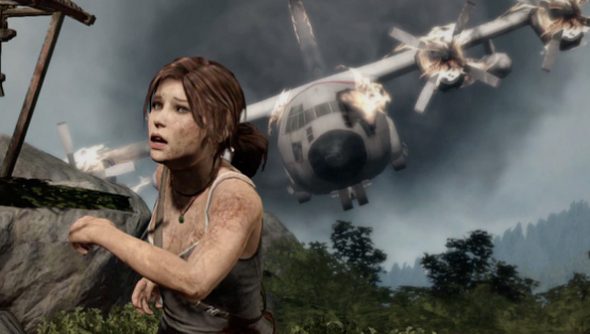 Tomb Raider is set to officially release in Japan on 25 April though PC players have been able to buy and play European and US versions of the game through Steam since its release in those regions. While it didn’t have Japanese voice actors, apparently, it had subtitles in the language. Again, apparently these subtitles have now been deactivated and if the owners of these foreign versions of the game want to have language support they will have to spend $30 on a Japanese language pack DLC to get it.

The version of Tomb Raider which launches in Japan later this month will come bundled with Japanese language support, both voice and subtitles. That version, on PC, costs $80. Which, considering the $50 price tag in the rest of the world, is why some players have opted for buying a version of the game outside of their own region. It was out earlier, cheaper, and, apparently, originally came with Japanese subtitles. After 25th April Square Enix will be selling g the language pack DLC. Sold at $30, you can see how Square are bringing the price of the outer region up to the price of the domestic version.

That all seems quite unfair. I can’t think of any other times where a publisher of a big release, like Tomb Raider, has sold language support for a game but it’s the other claim which is worse business practice, that, according to Neogaffer Jubern, Square “patched the Steam version some time ago to take out the Japanese language support”. Effectively breaking the game and asking the player to stump up a further $30 to continue playing.

We’ve contacted Square to try and find out what exactly is going on.