In the very early 1990s, skateboarding was enduring something of a trough. It was a time of great innovation in the sport, in the wake of influential works like the iconic 1989 skate video Ban This. But the charisma and eccentricity of the Bones Brigade era – which made a young Tony Hawk famous – was slipping from the memory of the masses.

Bit by bit, however, extreme sports as a whole started to move on the mainstream, with interest in the likes of snowboarding and motocross rising through the decade’s mid-point. Gradually, skaters also edged back into the spotlight.

Shortly thereafter a studio by the name of Neversoft began work on a skateboarding game for Activision. It was a work of extraordinary devotion. Professional skateboarders – led by Mr Hawk himself – gave hours to guiding the developers to the nuance of the sport. Famously, many of the Neversoft staff also learned to skate, even going so far as to build ramps in their own gardens.

The effort was worth it. While it arrived with little fanfare in 1999, Tony Hawk’s Pro Skater deftly captured what skateboarding was – both in terms of the activity itself, and the subculture around it. It leaned more into arcade gameplay than simulation, but it felt entirely authentic, translating not just the mechanics of tricks into a video game, but also the music, attitude, brands, and style of skateboarding culture.

Is there any reason to return to these games for a third time? It’s very simple. There absolutely is

It rekindled the careers of numerous pros, inspired a new generation to head out and buy a board, and sold in vast quantities. And most importantly, it was a brilliant piece of game design, and tremendous fun. A year later, it was followed by Tony Hawk’s Pro Skater 2, which most agree is even better. Such was the series’ success that it spawned a whole stable of similarly branded extreme sports games, from Kelly Slater’s Pro Surfer to Shaun Murray’s Pro Wakeboarder. 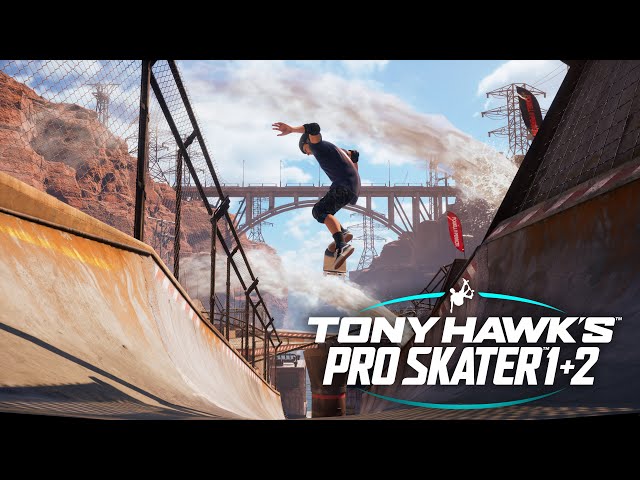 Perhaps those first two Tony Hawk’s games’ greatest achievement was their balance of authenticity and accessibility. They let non-skaters immerse themselves in all that skateboarding was, while convincing existing devotees that it was ok to put down the board and enjoy a videogame every now and then. That allowed Neversoft’s work to emerge as a cultural phenomenon, thrusting ska punk, baggy jeans, and Hawk’s cohort into the collective consciousness.

The early Tony Hawk’s games are clearly brilliant and widely adored, but is there really much reason to return for a third time?

It’s very simple. There absolutely is. This isn’t the place for critique, but the ports tread a delicate line between straight reproduction and elaborating on the original formula, gently modernising the games without upsetting the purity of experience. They are clearly a loving capturing of the first two titles, and play superbly. Tony Hawk’s early video game outings feel as engrossing and exciting now as they did two decades ago.

But they do something more – something rarely seen in HD remasters. Just as the original games understood and encapsulated skateboarding as a sport, subculture, and attitude, Tony Hawk’s Pro Skater 1 + 2 deftly epitomises where console gaming was as the new millennium dawned. From the front end and menu design to the opening video launching in grainy 4:3, Vicarious Visions’ creation doesn’t just take you back to Hawk’s dazzling debut on the PlayStation 1 – it almost feels like a document of popular culture at a time when the Y2K bug promised to dismantle society. Or at least have us manually reset all our clocks.

Tony Hawk’s Pro Skater 1 + 2 absolutely trumps the previous ports in terms of authenticity of experience and quality of gameplay. And yet it does more besides, in presenting a portal to 1999 and 2000. If you long to visit that time, whether motivated by nostalgia or curiosity, this might be as close as you can get to a time machine.