Open worlds are pretty fashionable at the minute. Every publisher seems intent on bragging about the size of their worlds as if they’re comparing wang length at a public urinal. “It’s bigger than all three of our previous games combined!” they declare. “It’s more dense than people who pre-purchase our Season Passes!”

We’ve had a fair few open world games of various size and scope over the past couple of years, and the feature looks set to become more and more popular. But is this a good thing?

I’ll kick the debate off.

I enjoy a good open world game as much as the next person, but some seem to boil down to just being large maps filled with repetitive activities – icons and screen clutter as far as the eye can see. Many of them even borrow features from other games in the genre. Mad Max’s hot air balloons are essentially Assassin’s Creed’s viewpoint buildings, for example.

I do worry that this sort of feature creep will eventually make open worlds feel generic – you know, like how every shooter developed after Call of Duty: Modern Warfare tried to be exact same game. 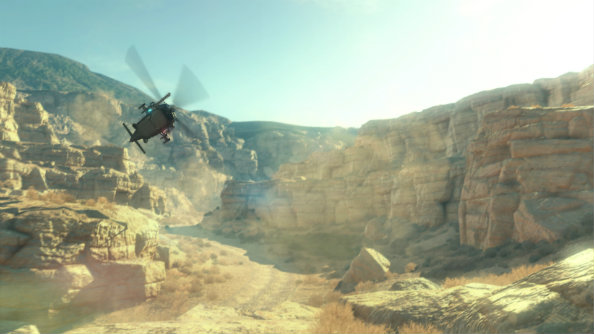 Even the brilliant Metal Gear Solid V is guilty of repetition – the only reason it gets away with it is because there are so many different ways to approach the same problem. Missions feel different under different parameters: time of day, equipment, what buddy you take in with you – it’s first and foremost a game about systems. Look at something like Middle-earth: Shadow of Mordor and how that lets you tackle encounters for comparison.

On paper they’re essentially the same game, Shadow of Mordor and Metal Gear Solid V both switch between action and stealth, both are set in sparse, open worlds. What sets Metal Gear Solid V apart is its inventiveness and depth – it feels like its own thing and constantly surprises. Meanwhile, Shadow of Mordor feels like a strange blend of the Batman: Arkham games and Assassin’s Creed, and has the personality of neither.

Another open world game that’s really worked for me recently is The Witcher 3: Wild Hunt. What made that open world so compelling was how it drives you through not by dotting the map with points of interest, instead letting its stories pull you through. Though the main quest was right there, as Geralt you feel like a wandering ronin, riding from town to town and solving problems with the two swords on your back and the meanest scowl in videogames on your face.

You often get sidetracked by a villager’s plight and it’s rare these self-contained stories turn out exactly how you expect. Even the world tells a story – I’ll always remember stumbling across a giant siege engine, abandoned and reclaimed by nature in the warlike Skellige Islands. 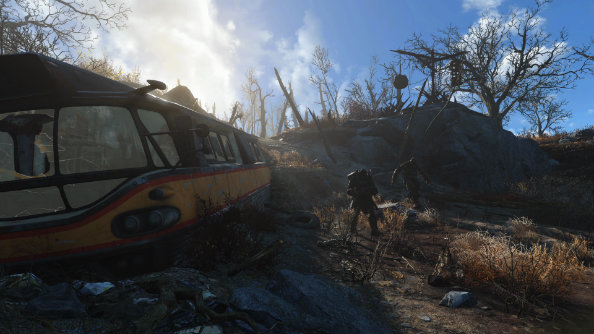 Fallout 4 is the next big one and even Bethesda – who have a pretty established template when it comes to their open world games – know how competitive the genre is becoming, with Fallout 4 adding base building and management elements to its post-apocalyptic world.

Most of my favourite games of the past couple of years have been open worlds, because I’m one of those players who enjoys creating their own story as much as I like being told a good one. I just hope more developers don’t start using open worlds to spread games with limited ideas thin.

Sometimes it’s nice to play a game that has an idea or mechanic, lets you mess around with it and moves on to the next one. Sometimes I just want to be told a story.

How do you lot feel about open worlds in games: which have you enjoyed, which haven’t you enjoyed and which are you looking forward to? Do you share my worries? Let us know your thoughts on big old sandboxes in the comments.