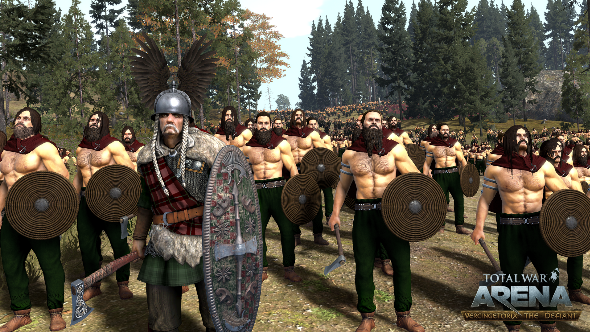 In a surprising but incredibly logical move, Wargaming have decided to publish third party games looking to make an impact in the free-to-play space. The first game to be released by the new Wargaming Alliance is Total War: Arena; Creative Assembly and Sega’s experimental take on their epic strategy series. It’s a fit that couldn’t be more obvious.

Dominate your enemies in the greatest multiplayer games on PC.

“Total War: Arena is close to what we here at Wargaming call the company’s DNA,” explains Vladimir Makarychev, head of Wargaming Alliance. “Just as our games, Total War: Arena is all about short game sessions, team play, and a fine balance between teams on a battlefield and units within a tier. In addition, it rests upon the pillar of historical accuracy. The list of things that we and the team behind Total War: Arena share can go on forever.”

Wargaming’s recognition of such traits is explanation as to why they approached Creative Assembly. “When Wargaming played the game, they immediately contacted us and the discussions went from there,” says CA studio director Tim Heaton. And he’s certainly thankful that the free-to-play giant is onboard.

“It was clear during the early stages of Total War: Arena that this game was one of a kind, and for a unique game like this one, we had to think of a new and innovative approach with regards to publishing,” notes Heaton. “Our expertise lies in crafting triple-A PC products but free-to-play was something new to us, and having conversations with the number one free-to-play company in the world made total sense.”

The obvious thing that Wargaming Alliance can bring to developers is their wealth of free-to-play experience. Over the years the core company has refined their so-called “Pay to Win” formula, creating a fair and successful system within World of Tanks. Any company looking to impact the freemium market would do well to heed Wargaming’s advice.

But there’s something else that Wargaming have that developers desperately need: players. “A big goal we’re pursuing with the new division is treating more than 100 million gamers who are with us to new game experiences and content,” reveals Makarychev. “Regardless of how diverse the market of today is, players are hungry for great new products. That’s what we’ll be giving them: great games developed by talented studios, quality customer support and a range of game-related services.”

Translated for developers, that means that joining up with Wargaming grants access to their monumental player base. It’s not a guarantee that every World of Tanks player will suddenly sign up for your game, of course, but Creative Assembly and Sega are hoping they’ll appeal to a healthy percentage of them. 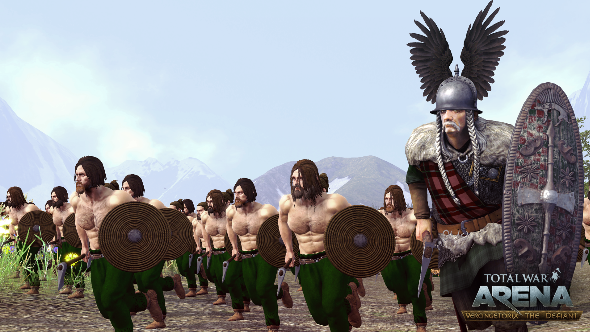 “We felt that as an online multiplayer historical game, Total War: Arena offers a lot of similarities with Wargaming products and it made sense to open the game up to a brand new community of potentially 100 million gamers by featuring it on their new platform,” says Jurgen Post, president and COO at Sega Europe.

Joining with Wargaming Alliance doesn’t mean the publisher suddenly has clearance to interfere with the Total War design documents, though. “The core game experience is managed by Creative Assembly and we trust them completely when it comes to game development,” says Makarychev. “They’ve been in the business for 15 years and know its ins and outs. That’s why we don’t interfere with their work and contribute to such aspects as monetization, progression, the meta game, eSports functionality, regional customization, and other areas that are crucial for succeeding and even launching the game in some regions.”

With very little knowledge of the free-to-play scene between Sega and Creative Assembly, Total War: Arena’s success would have been entirely down to experimental promotion and the game’s quality connecting with players. But with Wargaming Alliance onboard, the future looks ever brighter for their unique take on epic warfare.