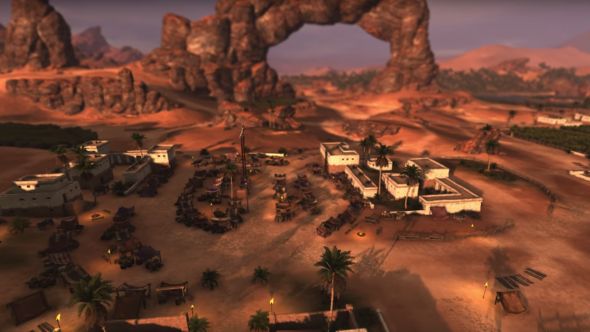 Creative Assembly say that Oasis is one of Arena’s most visually-striking battlefields. It was inspired by the field of the Battle of Cirta, which took place between Rome and Carthage in what is now Northern Algeria. The new map is filled with rolling sand dunes and rocky outcrops that offer your enemies plenty of opportunity to take cover, but if you can trap them against the water they’ll flounder quickly.

As well as the new map, Friendly Fire is getting improvements. Missile units will naw cause less friendly fire damage in early tiers, and will also be more accurate across all tiers. Most importantly, artillery fires a single projectile to reduce the likelihood of it dealing damage to your units.

You can check out the changes, as well as getting a better look at the Oasis map, in the video above.