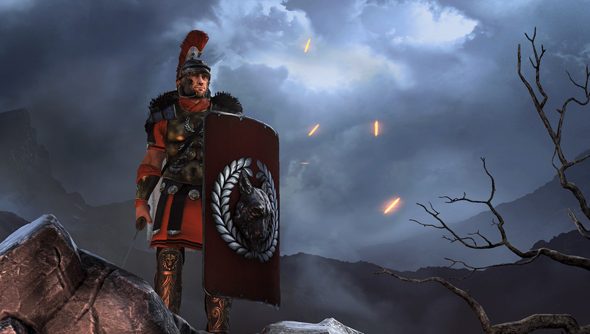 Total War generally means turn-based global strategy and tactical storming of enemy gates with hundreds of rank-and-file soldiers. What it doesn’t mean is 10v10 multiplayer combat. Well, it didn’t until now. Total War: Arena is a new take on historical battles, and you can get in the closed alpha with one of our keys that we’re giving away.

10v10 multiplayer just sounds absurd when it comes to Total War, but surprisingly it works. It works really well. Our Tim describes it as Total War does World of Tanks, and gave it a glowing write-up in his preview. When playing together with the other people on your team, co-ordinating your spear throwers to work in harmony with another player’s swordsmen is a tactical delight. Sticking to a solid plan and achieving victory feels like a wonderful achievement.

If you’d like to be entered into the draw for a Steam key, please use the widget below. The more things you do in the widget, such as liking our Facebook page, the more entries that go in the hat to be randomly selected. The email address we ask for is for contacting winners and sending them their Steam key code; we promise we won’t sign you up for anything silly.

If you’re randomly-selected to get a code, you’ll find it in your inbox – from where you’ll want to proceed directly to Steam and redeem it via the ‘activate a product’ box under the ‘Games’ tab.