Total War devs Creative Assembly have announced a new “grand scale” campaign pack for Rome II, to be called Empire Divided. It will release on November 30, and be accompanied by a free patch to update the game’s political system.

Empire Divided will focus on the crisis of the third century, in which a series of weak Emperors tore the Roman Empire into three factions, with barbarians and eastern empires poised to exploit the chaos. The expansion will add ten different playable factions across five cultural groups, new victory conditions, crafted event chains, restructured technologies, unique buildings, and new campaign features such as plagues, cults, and banditry. 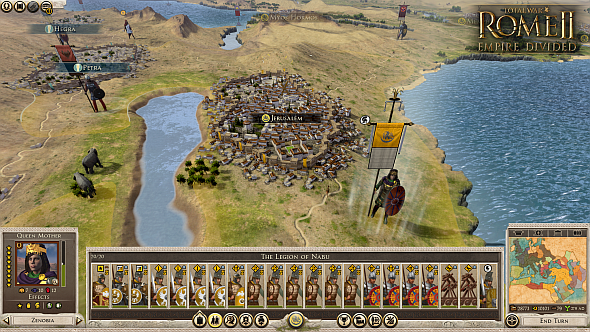 Empire Divided will be premium content, but the accompanying Power and Politics patch will be free, and aims to make the game’s political system more impactful and intriguing. As well as influence, political parties in your empire now have a loyalty property – loyalty changes with political actions and campaign actions (e.g., if a given general belongs to a party but is left idle on the campaign map, that party’s loyalty to you will decrease).

Political parties can also now control provinces within your empire according to their influence. Low loyalty can cause secessions – if a political party secedes, they’ll take all the provinces they control with them. New parties can also spawn dynamically according to your government type and imperium level, and will have leaders and traits that affect the way they gain or lose loyalty. 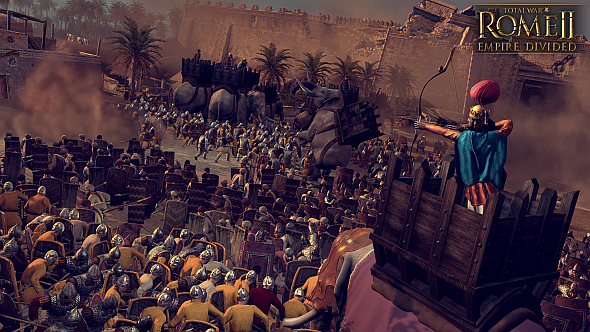 You have more control over all this chaos with new political actions, government types, and reforms, as well as a range of UI/UX improvements, bug fixes, and balance changes.

Pre-orders for Empire Divided should be live on Steamnow. If you missed the base game, you can pick up its Emperor Edition – which includes all its DLC – for £29.99 ($59.99). For more, check out this handy FAQ at the Total War blog. 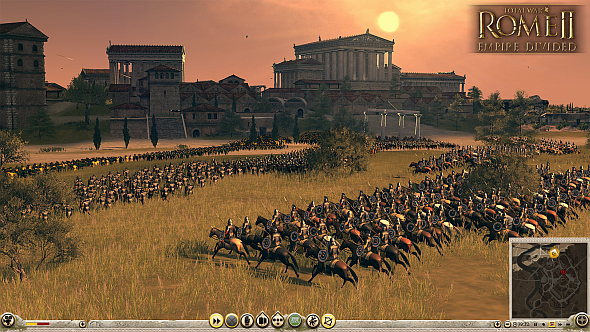 The Divided Empires DLC is only one of three separate historical projects CA are working on. We’re also expecting the first in the Total War Saga series of spin-off games, and, further in the future, the next major historical Total War, which will focus on an entirely new era. With Total War: Warhammer II having launched just over a month ago, we can also expect some DLC for that title soon.

It’s a good time to be a Total War fan.