The Rise of the Republic expansion takes us back 127 years before Total War: Rome II’s original campaign to the founding of the Republic, when Rome was just another bullshit town. Compared to the original’s sprawling map, Rise of the Republic’s zoomed-in mostly-Italian arena seems positively cramped – capturing the cheek by jowl living of Italian city states. There’s still the typical number of cities as in most Total War games, but they’re less spaced out, so you don’t spend three turns sending Triremes across the Mediterranean before you can smash those Carthaginian bastards.

Adding to the pressure is the fact that all eight factions seem to hate each other, and they especially hate Rome, which is located right smack dab in the middle of the map. It’s an interesting period of history and leads directly into the Grand Campaign of the original game. With its tighter map and aggressive AI, the Rise of the Republic campaign gets down to business quickly, which makes sense considering the continual threats Rome faced during this historical period. It’s much more fun than the drawn out campaigns of the original.

As the hero of Rise of the Republic, Marcus Furius Camillus (a real person whose name already sounds like a videogame character), once said, “not with gold, but with iron, will the fatherland be regained.” And thus will you be spending a lot of time in battle mode tossing phalanxes at your enemies and wishing someone would hurry up and figure out how to train legionnaires.

Not built in a day

The Rise of the Republic expansion magnifies local tensions by focusing on a much smaller landmass. This isn't a new idea for Creative Assembly, but rather a development of what the studio did with Total War: Thrones of Britannia.

Unlike the more recent MOBA-influenced Total War: Warhammer II, Rome II still has the grindy battles of earlier games in the series. Though a lot of people like the slower, more strategic RTS play, it left me hovering over the auto-resolve button more often than not. Additionally – as though this needs to be said – the AI is still troublesome, making some clearly boneheaded decisions. Ever seen a line of horsemen commit suicide by running into a spear wall? I have. 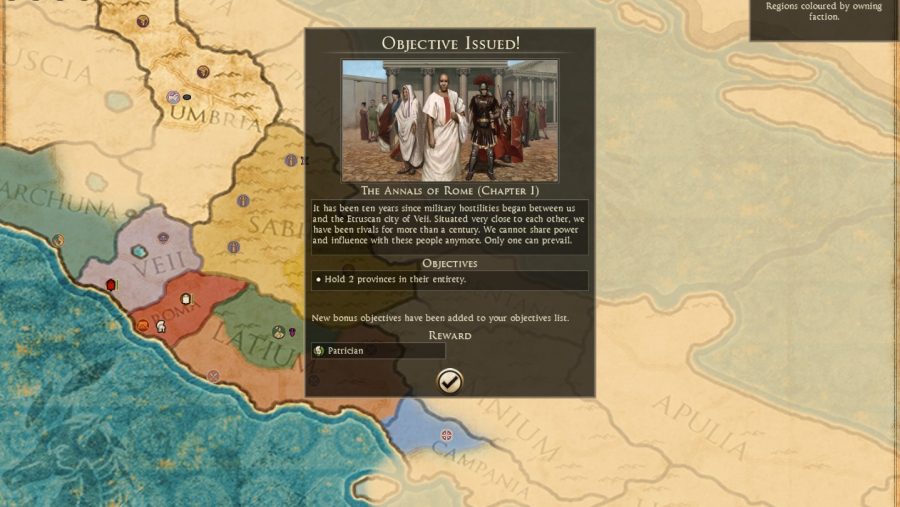 But you also get some of Warhammer II’s asymmetry, especially on the strategic layer. The expansion’s eight playable factions include a Sardinian tribe, an Etruscan state, a couple of Gauls teams, two Italic tribes, and two Greek city-states in addition to our fledgling titular Republic. As per usual in Total War games, each side has its own unit list, starting conditions, and bonuses, but Rise adds a few new wrinkles. There are regional and faction-specific events, objectives and dilemmas to handle that are way more interesting than the base game’s Roman revolts, and they can strike out of the blue.

Factions also have unique buildings, like Rome’s Capitoline Hill, which mimics history by making conquering Rome a two-stage process. The expansion also adds Government Actions as a replacement for changing your government, letting each faction have its own special talent. While the Romans can appoint a dictator in times of need, the Samnites can invoke the Ver Sacrum rite to instantly raise an army, and the Gauls can consult with druids. These mechanical differences make your choice of faction worth considering way more as it’s no longer a case of comparing a dull stat bonuses. Did I mention the Greeks can build ballistas? Kaboom! 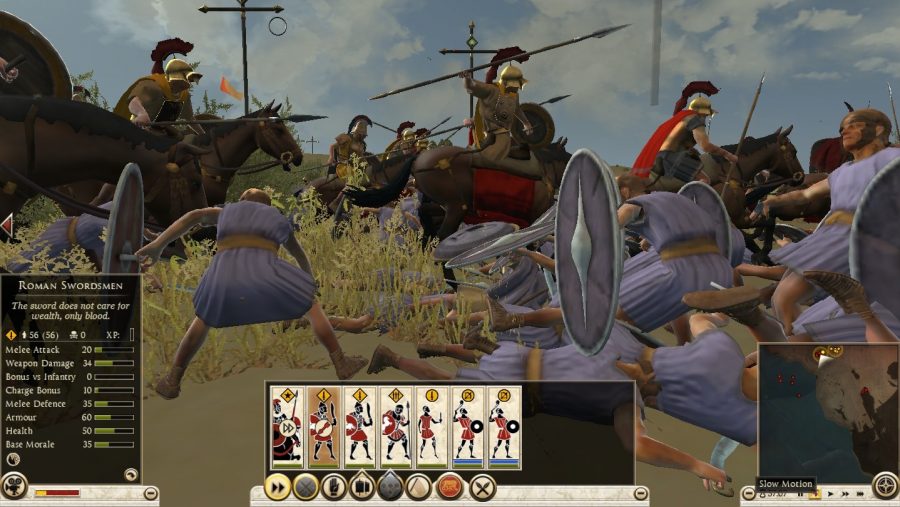 If you avoided Rome II at launch due to middling reviews and reports of bugs, the most important takeaway from this latest release is that Creative Assembly has been tirelessly expanding on the game since it was released in the dark ages of 2013. Rome II is now not only one of the most popular Total War games, but also one of the largest and most complex. You may not want to dive headlong into a brand new campaign, but why not give the base game a second look? Likewise, if you lost interest in the base game a few years ago, Rise of the Republic is a great reason to reinstall it.

Total War: Rome 2 is five years old but Rise of the Republic acts as an anti-ageing cream, bolstering it with a new campaign and features that means it can keep up with Total War: Warhammer 2.