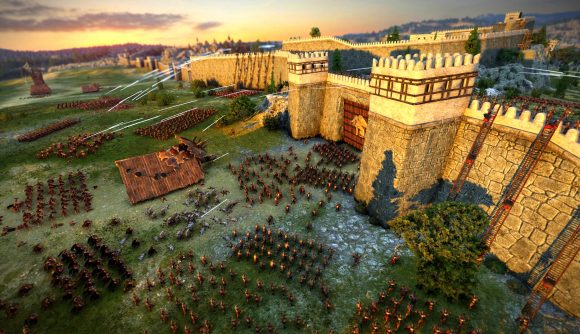 The newest piece of DLC for A Total War Saga: Troy has just been released. This new faction pack introduces us to Ajax and Diomedes, two Greek heroes from The Iliad who enter the fray as participants in the Trojan War.

They each come with their own unique faction mechanics, unit rosters, and narrative campaign. Diomedes, for example, is keen to reclaim the city of Thebes where his father failed, and there’s been a new battle map introduced for the city and its legendary ‘seven gates’ set up.

This new faction pack also introduces ‘paragon’ units into the game. These bear some similarities to Total Warhammer II’s Regiments of Renown, but they are closely tied to the campaign narrative of specific factions, rather than just being a strong unique unit that can be recruited. Ajax has 22 such units he can draw from, but Diomedes combines any unit from his regular roster with one of seven possible ‘strategos’ choices to create paragon units for his faction. It allows for plenty of possibilities, although some combinations are likely to be better than others.

In addition to the premium content, patch 1.5.0 has also dropped. This introduces the ‘Free-LC’ in the form of a new god, Hephaestus, and epic craftsman divine agent. 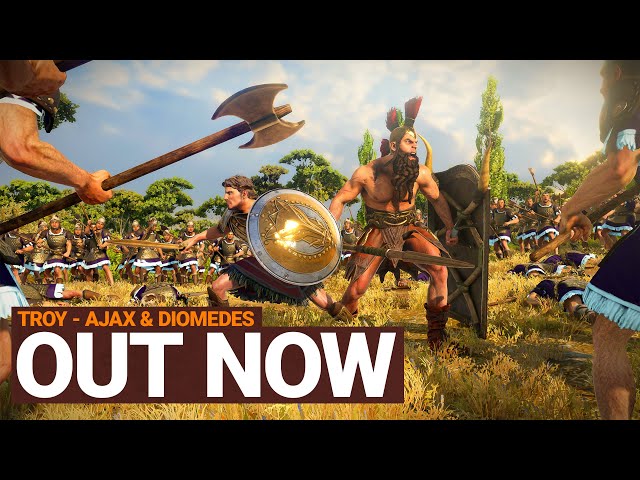 Other gameplay tweaks involve several region changes to account for the presence of Ajax and Diomedes, as well as some shifting alliance states. Archer heroes have also had some tweaking, and Agamemnon is now more likely to vassalise a faction after he wipes the floor with them.

The patch notes are quite long, so we suggest you take a look if you’re interested in reading up on what else has been changed. It’s hard to gauge how popular Troy is in the pantheon of Total War games. It’s certainly no Warhammer II, but hopefully the deal with Epic has meant it’s earned itself a decent enough following.