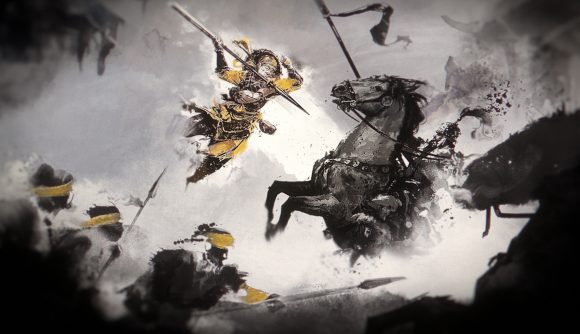 Total War: Three Kingdoms has been delayed from March 7 to May 23, to make more time to ensure “this is the Total War experience that you’ve come to expect”.

Interestingly, developer Creative Assembly says the delay means the next Total War: Warhammer II DLC – expected to be a Legendary Lord pack for the Skaven and Lizardmen – will arrive before Three Kingdoms, which narrows the release window somewhat.

CA announced the delay on the Total War blog. There’s no specific reason for the delay – just the general language around polish and bug-fixing. The studio says “there are some revolutionary features going in and it’s looking really good. But we want to make sure it’s great,” and “with Three Kingdoms, we set out to create a new level of complexity. As such, we need a little more time to make sure these systems deliver as intended and give you the Total War experience you’ve waited so patiently for.”

With respect to polish, CA specifies that this means “consecutive specific battle animations transitioning smoothly” and “ensuring that the lighting is well-balanced across different types of weather and environment variables.” I enjoyed what I played of it, as you can read in our Total War: Three Kingdoms campaign preview, but there were a few moments in the duelling animations where they could stand a little improvement.

Related: everything else in Total War: Three Kingdoms

This is the second delay for Three Kingdoms, which was originally scheduled for September 6 last year. Joe Robinson of our sister site Strategy Gamer tells me that two delays is unprecedented for the series, though if you’re determined to take an optimistic view, that could just mean that the game is every bit as ambitious as Creative Assembly says.