The war of the Three Kingdoms has reached an apprehensive stalemate, and the Jin dynasty sits atop a powder keg waiting for a match. The ruling capacity of the developmentally disabled Emperor Hui is in question, and warlords and diplomats throughout the Sima family fancy themselves more capable leaders. In particular, eight Sima princes have come forward to challenge the ruling family, resulting in yet another tumultuous period of Chinese civil war.

Eight Princes takes place 100 years after the events of Total War: Three Kingdoms, and brings with it eight new character campaigns to play through, as well as a small handful of new features that add another layer to the already dense Three Kingdoms experience. There’s a lot to like here, but it may not feel new enough for lapsed Three Kingdoms players to make a return trip to ancient China.

Each of the eight princes aligns with the five existing character classes from the base game, and gains a unique mechanic that helps to shape their playstyle. For instance, Sima Wei is a Vanguard who can expand quickly thanks to reduced unit upkeep, and Sima Jiong is a Commander whose unique resource, Control, helps him manage corruption and public order. As an interesting twist, he loses Control when appointing other characters to his government. To supplement the varying playstyles of each prince, Creative Assembly has included a host of new buildings, reforms, army units, and options for handling your court.

One of the most interesting wrinkles Eight Princes brings to the Three Kingdoms experience is the alignment system. There are four alignments: Wealth, Spirit, Might, and Mind. Throughout any given campaign, you’ll receive prompts for events that require your attention. 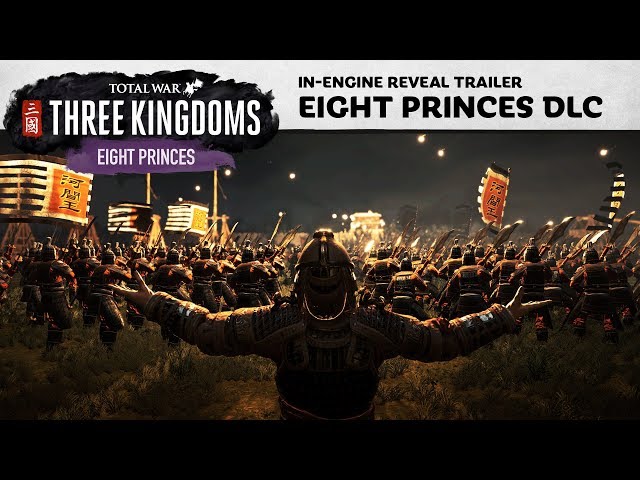 A typical event will offer four solutions, with each allowing you to commit to one of the alignments. Answer a dilemma with the Wealth answer and your income may increase a bit, or follow the Spirit path to increase food production and diplomatic relations with other factions.

Sima Wei is a hotheaded warlord - much like Sun Jian

Not only do these choices affect your faction’s basic stats, but your standing with the Emperor as well. Faction ranks work differently in Eight Princes than before, with the title of Emperor no longer the ultimate goal. Instead, you can choose whether to claim the throne for yourself, or to offer your support to the current regime. Navigating your standing with the Emperor is an entertaining little side story that can be affected by your alignments. 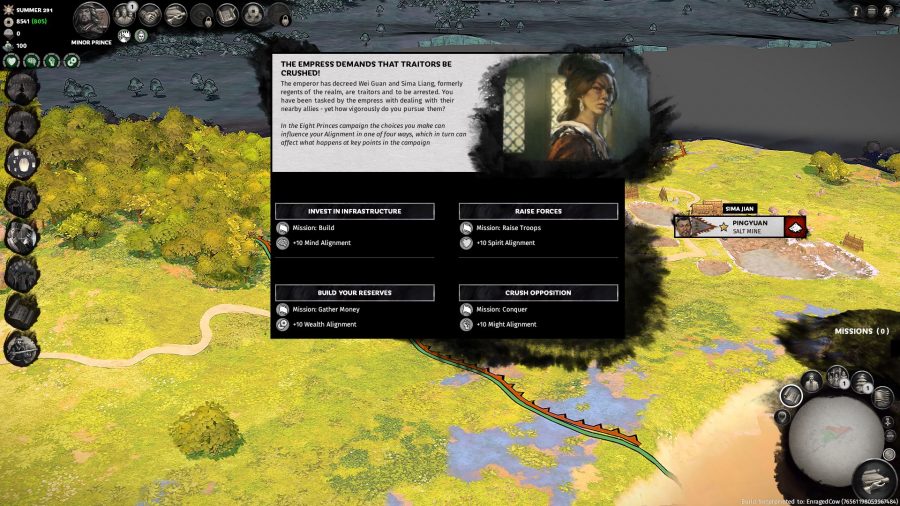 This alignment system is the best part of Eight Princes. For players who may be overwhelmed by the huge number of systems at play in Three Kingdoms, the alignments can offer some much-needed direction. They also synergise well with the characters’ various traits in surprising ways.

For instance, Sima Yue’s innate playstyle comes with decreased construction costs and reform research time. You can augment this by leaning into the Mind alignment, and before long you’ll be pumping out new reforms and constructing new buildings faster than your opponents can react. 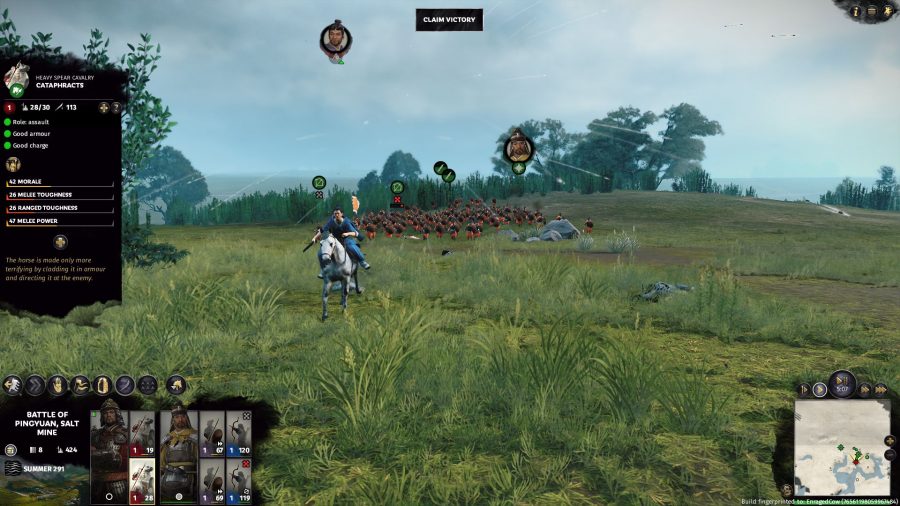 However, the alignment system is all that Eight Princes brings to the party in terms of qualitative, systemic change, and is not enough by itself to wholly freshen the experience. On paper, eight entirely new campaigns sounds like a lot of content, but in many ways it’s more of the same. While the princes do feel very different from one another in terms of advantages and gameplay strategies, many of those strategies are present in the base game already – Sima Wei, for example, is a hotheaded warlord eager for battle, much like Sun Jian.

It’s a little disappointing that most of the princes feel like re-implementations of warlords from the base game, but with a foundation as strong as this it’s hard to complain too much. Creative Assembly clearly has ambitious plans for Total War: Three Kingdoms, and if Eight Princes is any indication we can expect great things going forward. Hopefully the team will be able to flex its creative muscles a bit more, though. Until then, at $8.99 (£6.99), Eight Princes is a perfectly fine if hardly transformative addition to an excellent strategy game.

Three Kingdoms' first piece of DLC is largely more of the same, but that's no bad thing when the base experience is so good.