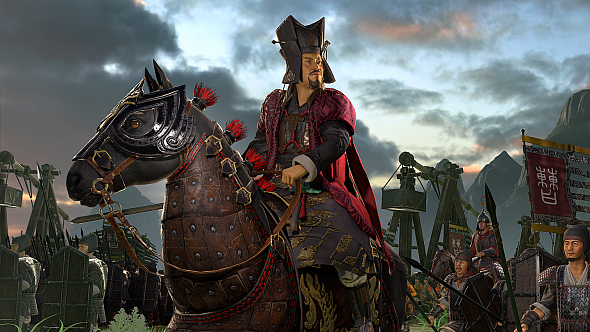 ‘Guanxi’ is a concept in Chinese culture that’s hard to translate. ‘Connections’ and ‘relationships’ just about scratch the surface of what it means: there is an emphasis on implicit mutual obligations, reciprocity, and trust. The concept has roots in Confucianist philosophy, and remains a central idea in Chinese society today.

Total War: Three Kingdoms will reflect this in what sounds like the deepest character system in the series to date. Characters will have personality traits and social connections, all of which will affect their value to you as a leader, and their happiness within your faction.

Total War has provided many entrants on our list of the best strategy games on PC.

That’s according to lead designer Simon Mann and game director Janos Gaspar, who were speaking with PCGamesN at E3 earlier today.

“One of the things we realised very early on is we can’t do the period justice without characters being at the forefront of the game,” Mann says. “If you read either The Romance or the Records of the Three Kingdoms, which are two of our core sources, you’ll know that it’s all about the characters. The Records themselves are a list of people and what they had done, and it just shows how important people are – be they great heroes or evil villains, they’re at the core of what makes this period so interesting.”

Mann cites the example of the great strategist Cao Cao, who has taken a leading role in the game’s marketing so far.

“We want you to know who Cao Cao is. You’re in his shoes, and his personality traits will match our reading of him and how he acts in the novel and in the Records.The idea is every character is born with their personality, right? It’s kind-of in you at birth, you’ve got a fate, it’s deterministic for you, and you’re discovering it as you travel through the great mystery that is life.”

That journey will play out in Three Kingdoms as your faction and its characters fight their way across the region. And, as you do so, each of your characters is “discovering people, getting to know them, and they’re forming friendships and rivalries with one another,” Mann says.”We’re calling the system guanxi, which is this core Chinese cultural concept of social interaction and interpersonal relationships.”

“These form everyone’s life, and while in previous Total War games everyone was just a tool in your hand, just a pawn, we thought it would be interesting to have characters’ personalities matter. You have to reason with them, you have to understand them to some extent – you have to look who they are, and sometimes make a decision based on what they want or what they can offer you.” 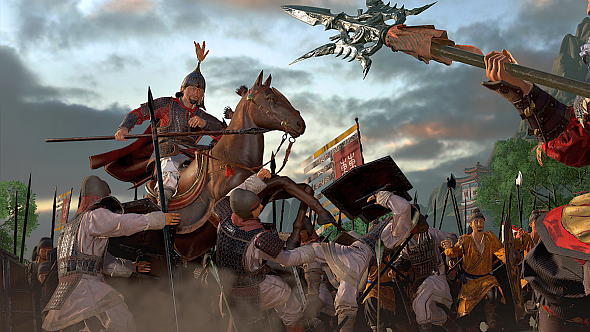 “Previously you would hire characters because you’d think: ‘ah, this is a good warrior. That’s why I’ll bring him to my faction’,” Gaspar says. “But now, you almost look at the CV of the character when you’re hiring: ‘this is not a good warrior, but he has good friends, that might be very handy in the future’. So it gives way more layers, way more colour to all the characters and your decisions.”

“And this is all happening dynamically,” Mann adds. “People are making friends and rivalries throughout the campaign as it’s going on. There are some people who will just never get along -LüBu and Xiahou Dun, for instance, they’re not really friends at any point.” That’s understandable -Xiahou Dun lost his left eye in battle against LüBu, though he reportedly styled it out by pulling out the arrow that had hit his socket and eating the eyeball off it, like a kebab.

So he and LüBu will never get along: “Losing an eye would make you a bit irritated!” Mann says. “But that’s the cool thing, it’s about these dynamics and how they interact, so characters aren’t just pawns on a board, they’re individuals with needs and desires. And whether they’re happy or not in your faction is something you now have to pay attention to, and build upon.”

To get a sense of how complex these interpersonal relationships can become, Creative Assembly tells us that there will be “11 iconic warlords” in the finished game, each with their own playable faction – Cao Cao, Liu Bei, and Sun Jian have been announced so far. Beneath them will be at least two lesser tiers of character, Heroes and Generals, each of which will presumably tie into the complex social web of guanxi.