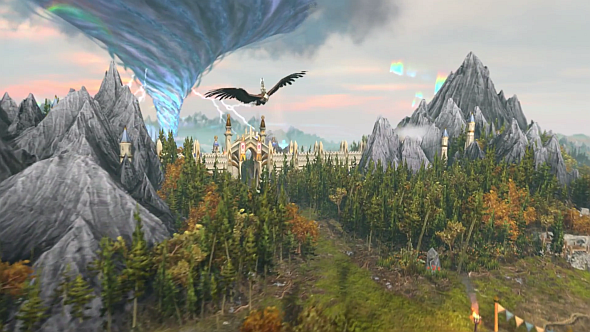 Total War developers Creative Assembly have stated that they’re being more ambitious with the remainder of their Warhammer trilogy after the success of the first, and based on this flyover of the sequel’s campaign map, they weren’t kidding. It doesn’t even cover Naggaroth or the Southlands, and yet its scale and level of detail is pretty impressive.

Learn who inhabits these lands in our breakdown of Total War: Warhammer 2’s races.

The trailer was first revealed via a livestream on the Total War Twitch channel, which you can watch below, but we’ve our own version above. 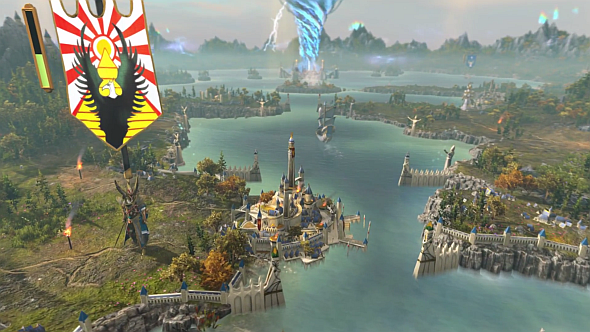 We begin by flying over the High Elves’ sacred island of Ulthuan and the start position for one of their two legendary lords. That’ll be Prince Tyrion, the elves’ greatest warrior and general, sitting pretty in Ulthuan’s capital of Lothern and surrounded by other elven factions. The Great Vortex swirls over the Isle of the Dead in Ulthuan’s centre, draining magic and chaos out of the world – stabilising or disrupting this through a series of magical rituals is, as we know, the objective for Warhammer II’s campaign.

The White Tower of Hoeth, the repository of elven magical knowledge, is another of Ulthuan’s noteworthy landmarks. Like other lore-crucial settlements in the original game, we can probably expect it to have a powerful unique building. Maybe The White Tower itself, I dunno. 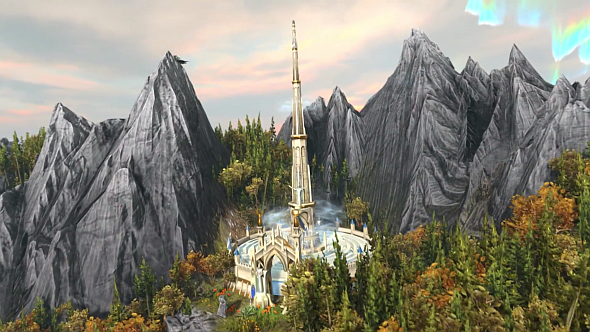 We follow a sun dragon as we fly over the mountains and sweep around outer Ulthuan. Note the various flags over different elven armies: High Elves love to bicker, so much so that a question of succession triggered a huge civil war and created the evil Dark Elves. It’ll be interesting to see if this fondness for politics is reflected internally, but, true to form, the narrator informs us that the High Elves can gather intelligence on their external trading partners.

We head over the ocean toward Lustria next to get a look at the storms and reefs that will threaten your waterborne voyages. Lots to discuss here, including some returning factions from the first game: most likely, we’re looking at the Vampire Coast, the realm of the mad vampire Luthor Harkon. Further inland, we see a Greenskin camp. Though we hear that the returning armies won’t have a stake in the Vortex campaign, you’ll be able to ally with them, if you wish. 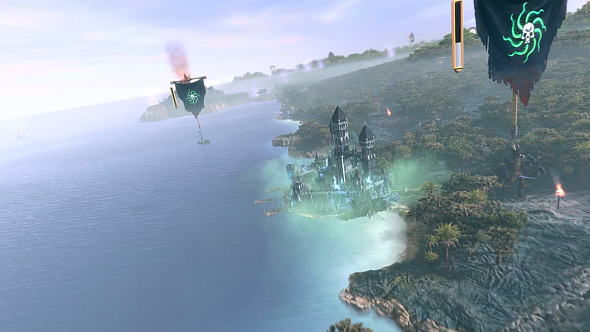 As we fly deeper into Lustria we get a quick look at new rogue armies – which we hear will mix units from different races – and the ruins of lost cities, which you’ll be able to raid for artefacts, or build new cities upon.

We see a couple more legendary lords, and it’s clear that CA are looking to differentiate the game’s campaigns even further based on your choice of leader. Tyrion’s brother, the archmage Teclis, starts on the Turtle Isles off the coast of Lustria, isolated from his elven kin, and thus faces a very different set of campaign challenges.

Much like the elves, the Lizardmen leaders are split between might and magic: Lord Mazdamundi, mightiest of the living Slann mage-priests, sits in meditation, while the Saurus warrior-lord Kroq-Gar is off to fight an elven army meddling with one of his people’s sacred sites.

And there endeth the tour. Not bad, considering we only saw two of its four regions. We discussed a lot of this with CA at E3, so check back soon for some fresh details.