Mortal Empires, the much-anticipated free DLC that combines the two Total War: Warhammer maps, released a couple of months ago. Developers Creative Assembly had hoped to patch in Norsca, the latest race in the original game, shortly after its release. Unfortunately, it seems they’ve been having some trouble, and don’t expect the Northmen to arrive in the combined map until May next year.

The news comes via a development update on the Total War blog, which gives a refreshingly comprehensive and forthcoming breakdown of CA’s current projects. We can expect news on the next era-spanning historical Total War some time next year, and on the Saga spin-off, Thrones of Britannia, before then.

In terms of more concrete deadlines, the Mortal Empires campaign is getting another update – the Reprisal Update – this very month, which includes a new, free, experimental game mode. We’ll hear more on that later this week.

The first campaign pack DLC for Total War: Warhammer II “was initially planned for this year, but will slip to January,” writes brand director Rob Bartholomew. “Not to seem too… cryptic… but It’s a hugely characterful and significant addition to both Eye of the Vortex and Mortal Empires, and we’re pretty sure people are going to enjoy it.”

That’s an interesting word to italicise. Reminds me of when they told us that the fourth race for Warhammer II hadn’t been ‘ratified’ yet. May as well just entomb subtlety right now. 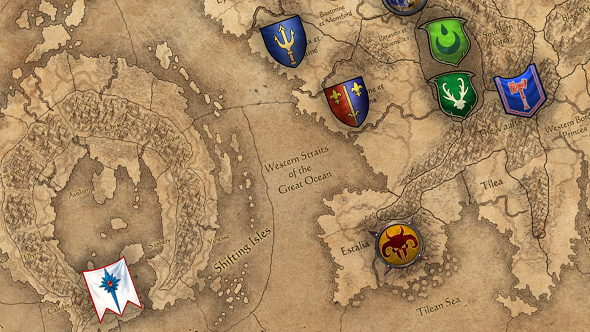 Finally, Bartholomew and Total War franchise director Mike Simpson discuss what went wrong with Norsca and Mortal Empires. The problems sound like fiddly technical issues that some might find boring, but personally this is why I appreciate updates from CA – they’re not afraid to go into this level of detail or to treat their fans like adults.

To (perhaps over)simplify, improvements to the codebase in Warhammer II meant that the “containers” that the Norsca data was going into had changed significantly from their original homes in Warhammer I. Implementing Norsca in the customary way – which CA had expected to be able to do – thus caused “an immediate tsunami of bugs.”

Here’s the update on the Total War blog.