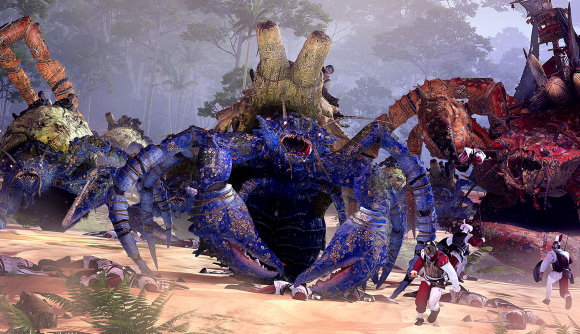 Following last week’s announcement that the salt-flavoured undead of the Vampire Coast would be Total War: Warhammer II’s next DLC faction, developer Creative Assembly has revealed their Legendary Lords and, now, their army roster. We’ve gathered all the details below.

Many in the community predicted the inclusion of Luthor Harkon, Count Noctilus, and even Aranessa Saltspite, but there’s one Legendary Lords that no one could’ve seen coming, because she’s an entirely original creation. Each lord looks like they will interact with the new roster in clever ways, as per the Tomb Kings DLC, while the army itself seems to be one of the most eclectic in the game.

As discussed on the reveal stream, it’s very heavily focused on gunpowder units – even more so than the Empire or Dwarfs. There is also a mechanic under which the Vampire Coast’s shooting will get weaker with successive volleys, which should force a unique response from any opponent: baiting and screening shooting attacks with fodder units will be necessary.

Like the Vampire Counts, the Coast does not lack for fodder of its own, and has plenty of unique monsters. But there’s a distinct lack of cavalry and armoured heavy infantry – Depth Guard seem to be more damage-oriented.

Sired long ago by Abhorash, the progenitor of the Blood Dragon bloodline of martial vampires, Luthor Harkon has plundered the Lustrian coast for centuries. He is the founder and governor of the Vampire Coast, and will accordingly take over the existing Vampire Coast faction when the DLC lands. Driven mad and cut from the Winds of Magic by a magical trap set by the Lizardmen, he cannot cast any spells at all. 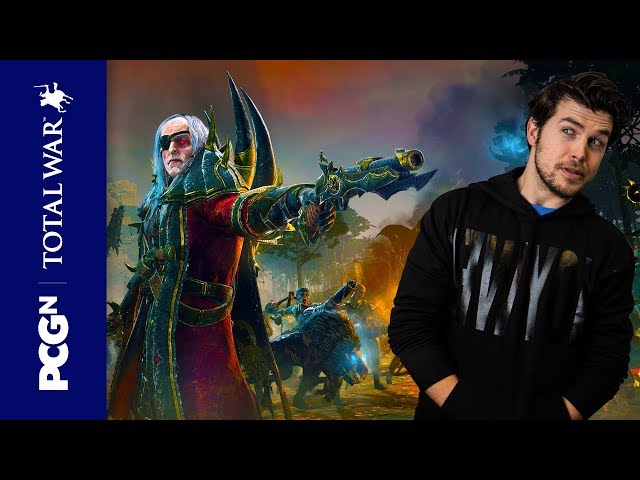 To compensate for this, he is highly resistant to magic damage and confers this resistance to nearby friendlies. He can also fire his pistol on the move, is fairly quick, moderately durable, and an excellent duelist.

The antagonist of the naval-themed tabletop game Dreadfleet, Noctilus was once Nyklaus von Carstein of Sylvania, but was drawn to the maelstrom at the heart of the ocean to feast upon its dark magic. He cast a magical ritual to transport himself and his castle to the Galleon’s Graveyard – the Warhammer equivalent of Davy Jones’ locker – and was there reborn as Count Noctilus. 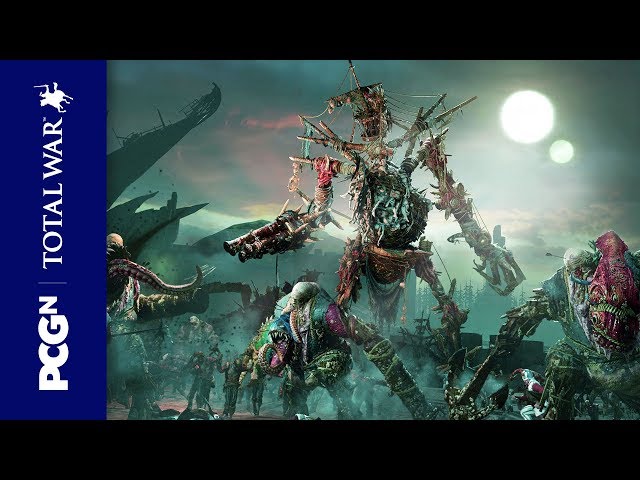 Noctilus is a tank: he’s slow for a vampire, but has high mass and armour, can regenerate lost HP, and has a Necrofex Colossus as a mount option. He also comes with a polearm, making him effective against armoured or large units, and casts spells drawn from the Lores of Vampires and Shadow. His start position is the Galleon’s Graveyard, which has been added to the centre of the ocean, south of Ulthuan.

Another Dreadfleet character, Aranessa Saltspite is one of the most feared pirate captains of Sartosa, said to be the daughter of the sea god Manann. She is technically alive rather than undead, but her vampiric first mates recruit for her crew by reanimating the corpses of the drowned while out adventuring. The rest of her crew are comprised of human pirates known as the Sartosa Free Company, and she starts in Sartosa – which is why the pirate kingdom was recently added to the Mortal Empires map.

Saltspite is lethal in melee, able to tackle blocks of infantry with sweeps of her halberd, which can otherwise challenge armoured and large threats. She’s quick and has high melee defence and physical resistance to represent her agility, but has low armour and HP. She can also pin enemies with her ‘net’ ability. 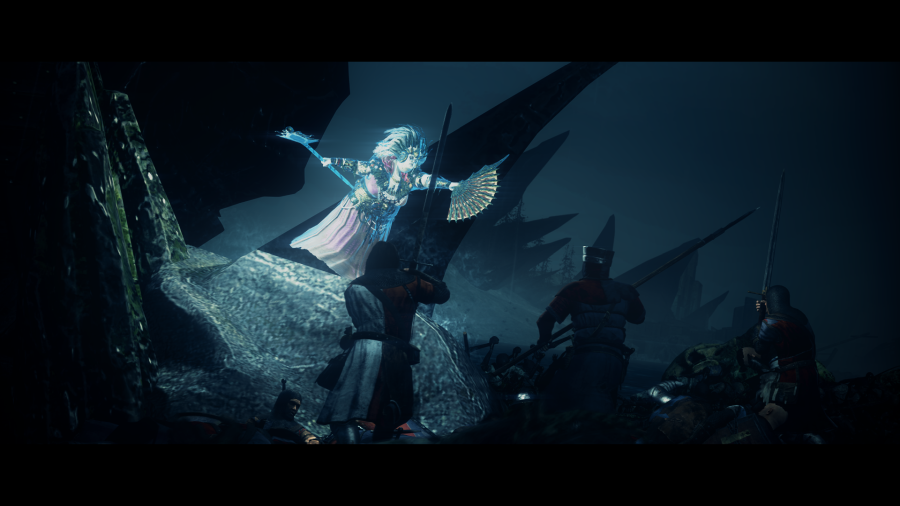 Excitingly, Cylostra is the first Warhammer character to be created entirely by Creative Assembly (lead narrative designer Andy Hall once worked on Dreadfleet, and we imagine this will have helped secure Games Workshop’s trust, along with CA’s generally impeccable handling of the IP). Cylostra was once the favoured court singer of a Bretonnian king, but drowned in a storm while en route to sing for the Phoenix King of Ulthuan. She starts on the coast of the new world, between Mazdamundi and Morathi.

As a ghost, she is resistant to physical attacks, but is otherwise fairly fragile. She can summon a regiment of undead Bretonnian knights to guard her, though, and is a powerful caster of the Lore of the Deep. She can also use songs to buff friendly units, and slow or damage enemies. 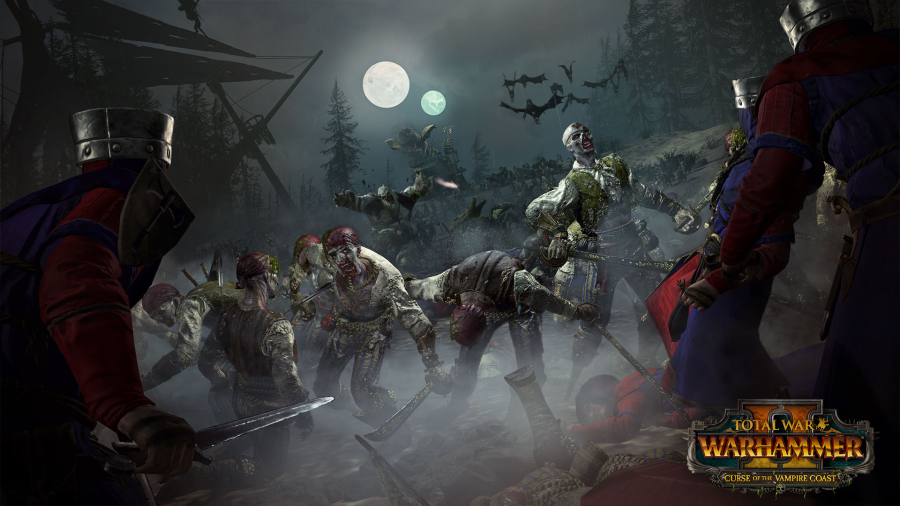 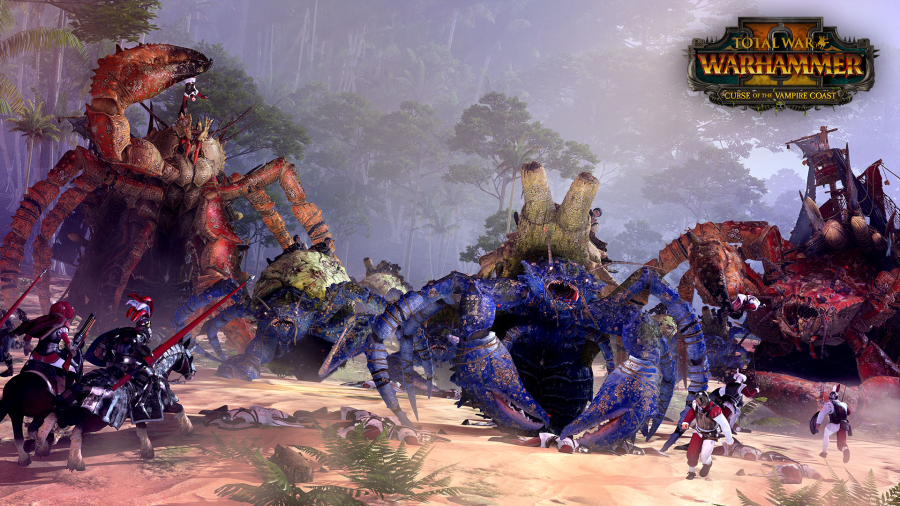