As games become more accessible and widespread the people who play them become more diverse. Nowhere is this more evident than in strategy games, a genre that not only allows for but actively encourages a variety of playstyles.

This is particularly true in Creative Assembly’s Total War: Warhammer games. These are divided between broad strategy on the overmap and intense tactics in the real-time battles, and feature a massive selection of races, factions, and units.

You can side with the Skaven and charge at enemies with teeth at the ready. Or go with the Tomb Kings and you can call upon ancient rites to grow a huge undead army. Then there’s the Lizardmen that wield magic to send their scaly influence across the land.

Perplexed by the dazzling array of choices? No worries, we’ve broken down several major playstyles and locked in the best faction for each, and even thrown in a bonus reserve option if the top dog in each category doesn’t appeal to you. 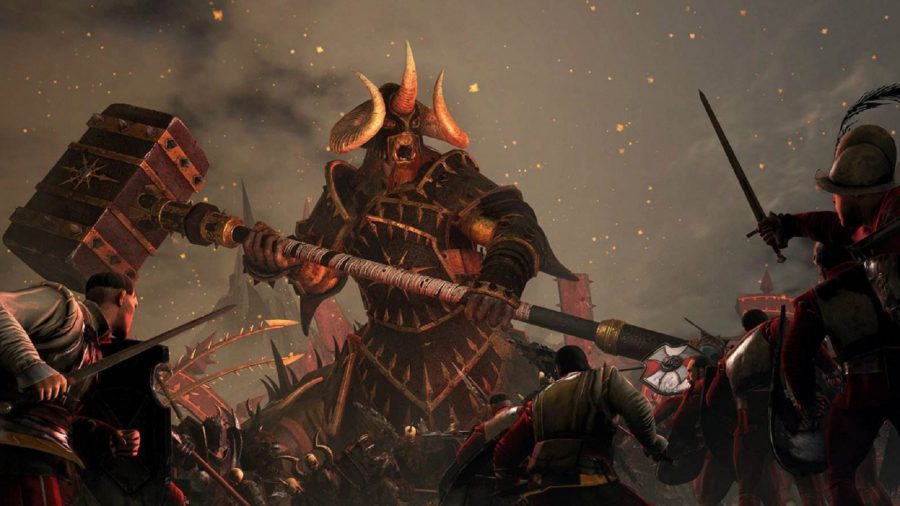 Being one of the most popular approaches to the series (the games are called Total War, after all), those looking to be a warmonger will find a lot of suitable options among the roster of factions, but perhaps the best is Chaos.

Chaos is one of the horde factions, meaning they don’t occupy settlements in the traditional way, so the need to continue moving and conquering is built into their DNA – perfect for anyone looking to pick a fight every chance they get. Chaos also have some of the sturdiest melee units in the game, which is key for any faction that relies on combat to survive.

Infantry is the backbone of an army, and these units are crucial for drawing the line in battle and shaping an engagement – not to mention pinning enemies in place while your cavalry and monsters wheel around to the flanks or rear to deliver crushing hammer blows. With great stats across the board and plenty of armour, armour-piercing, and anti-large, Chaos infantry is some of the best and most flexible in the game. 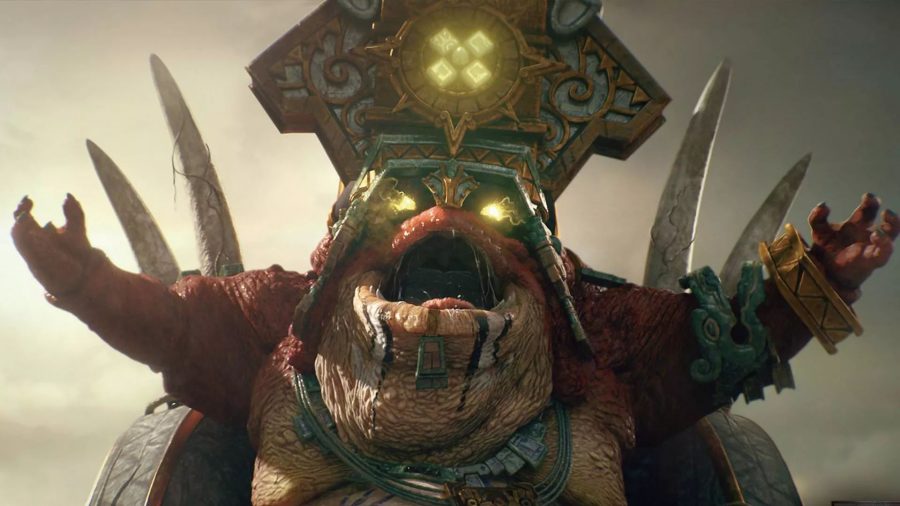 Diplomacy in the Total War games has always been a dicey proposition. Nowhere is this more the case than in the Warhammer universe, where most of the races have at least some reason to dislike each other – and, in many cases, are torn asunder by aeons long, brutally violent blood feuds.

Lizardmen provide one of the best options for the budding diplomat

That’s not to say diplomacy isn’t a valid approach in these games, just that it’s a bit trickier and requires a deft hand… or claw, as the case may be. The Lizardmen provide one of the best options for the budding diplomat in that they don’t start with as many crippling attitude penalties from other races, probably because they’re remote, and it’s entirely possible the others don’t believe they actually exist.

It’s also fairly easy, particularly in the huge Mortal Empires campaign, for the Lizardmen to build an empire by only picking off neutral or minor faction settlements (and unifying their race), thus not provoking any of the other major powers. 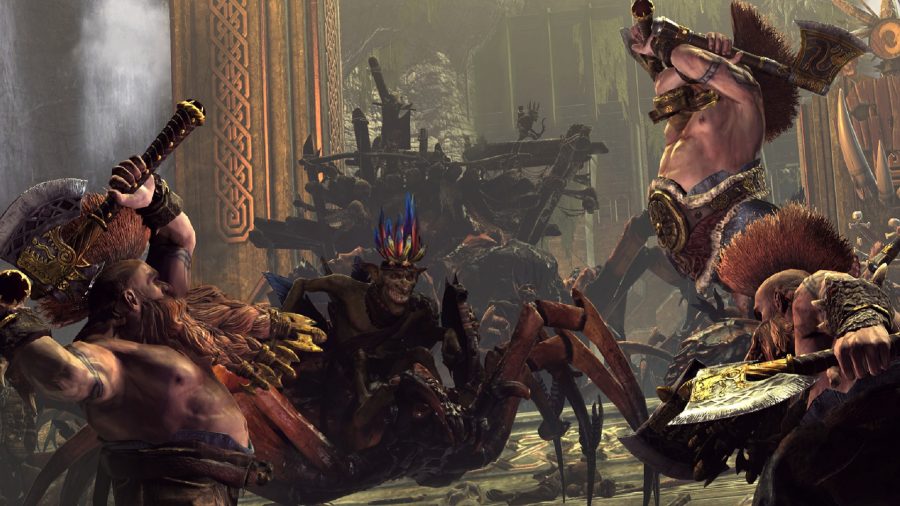 For those that prefer a defensive stratagem, Warhammer offers one particularly strong and obvious choice. The dwarfs are kings of fortifying their mountain homes or burrowing deep down into the earth, lying in wait for any faction foolish enough to attempt to breach their robust defenses.

With one of the least threatened starting positions in the game, the dwarfs offer the security to stay out of affairs of the mortal world and focus on building and development while the other factions scramble to seize territory and best one another.

On the battlefield, the dwarfs wield a spectacular array of devastating artillery, meaning they can sit back and force the enemy to approach their carefully selected defensive positions, and then rain death upon them from tremendous distances. Even when the enemy does come to grips with dwarf units, their heavily armored melee infantry is more than a match for some of the best brawlers in the game. 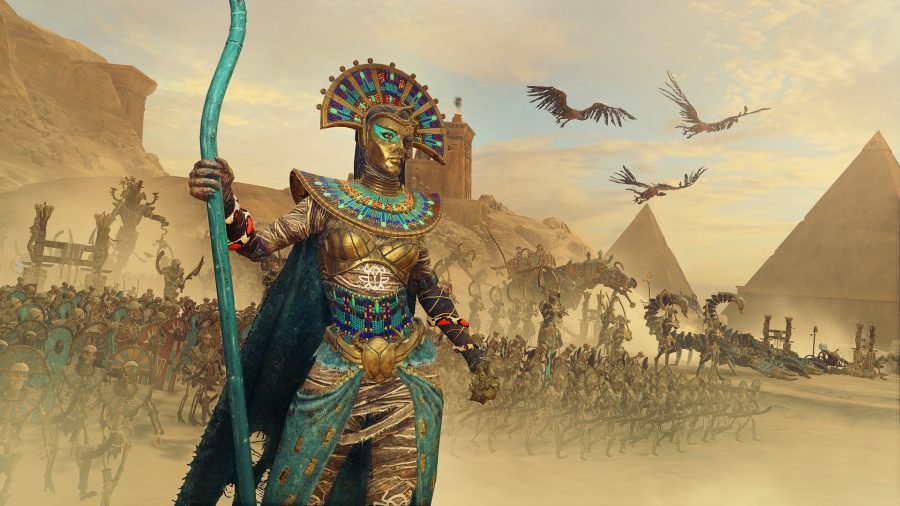 The polar opposite of the hoarder, the rusher is the player weaned on the zerg in StarCraft – the sort that wants to push forward as quickly and decisively as possible, securing victory (or at least large tracts of territory) while other players are still building and planning their strategy.

The Prophet and the Warlock's two camkpaigns offer mad fan service for the Skaven and a meaty strategic challenge for Lizardmen. We absolutely love it.

This sort will find the Tomb Kings very amenable to their playstyle, with their ability to field huge armies early in the game without penalty. The Tomb Kings can recruit units for free and don’t suffer the crippling maintenance costs that haunt the other factions as their ranks start to swell, meaning they can pump out early game units and begin immediately sweeping them over lightly-defended settlements. Mid-tier units or a second army will require cash, but if you stick to a single army of low-tier units you can advance without fear of grinding to a halt because of an empty treasury.

Also, unlike their undead kin the Vampire Counts, the Tomb Kings have access to missile and artillery units, so even their early armies have a fair amount of flexibility and diversity. 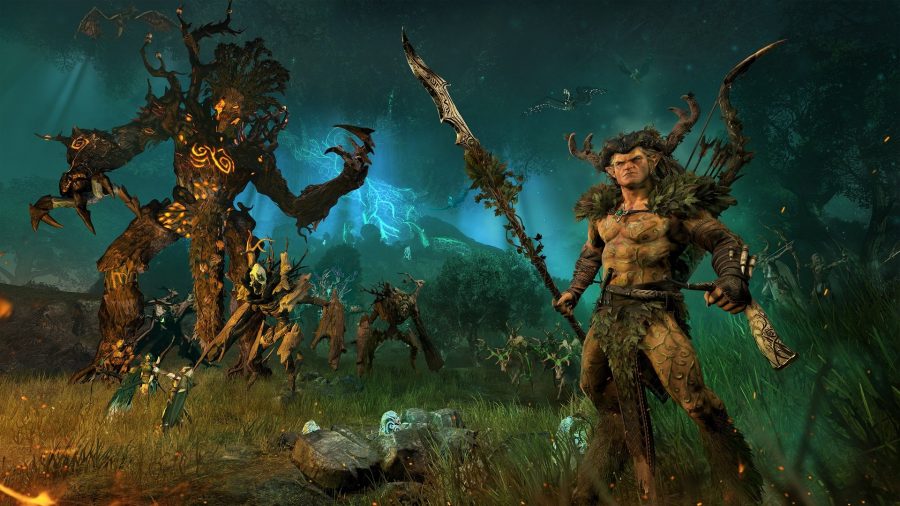 The allure of gold is a powerful one, and like the man said: money is power. With enough cash on hand almost any deficiency can be be overcome, whether it’s a waning empire or an underpowered military, so the temptation to hoard is a strong one. No-one does it better than the Amber-loving Wood Elves.

Though the Wood Elves offer a number of different builds that each lend themselves to slightly different playstyles, it’s possible to carefully develop them as an economic superpower whose cash flow is second to none. The key to this is their tech tree, which offers some massive bonuses that are proportionately more valuable the earlier you select them, from big discounts on building costs to improved income from the very buildings you constructed on the cheap.

Did you know? Total War: Warhammer 2 is the best strategy game

And, oddly for a faction that tends to dwell inland – in the verdant, primordial forests of the Warhammer world – the Wood Elves are capable of constructing some of the richest and most productive ports in the game.