A Redditor has managed to import assets from Total War: Attila into Total War: Warhammer II, and there’s a picture of a Bastiladon in an amphitheatre to prove it. This is a huge development in the Total Warhammer modding scene, which has struggled with asset importation thanks to the strict IP-sharing agreement between developers Creative Assembly and Warhammer licence holders Games Workshop.

We reckon Total War: Warhammer 2 is one of the best strategy games on PC.

That’s why there’s plenty of anxiety in the thread about a possible reprisal. Mods were nearly not permitted in Total War: Warhammer, due to GW’s infamous protectiveness over their own IP (theyonce tried to claim they owned the term ‘space marine’). It was only thanks toa last-minute deal pursued by CAthat we’re now able to getbetter camerasandcustom campaign maps. 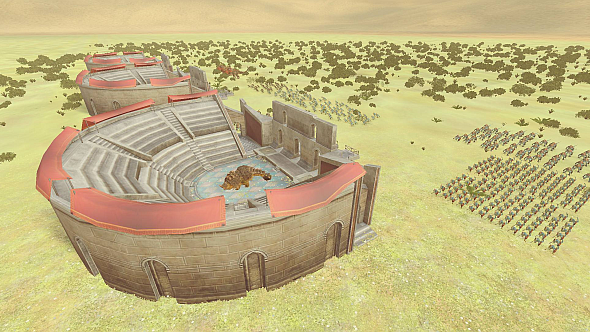 There isa section in CA’s advice for content creatorsthat specifically mentions “the treatement of Games Workshop and Total War IP” when making mods. It urges that no third party IP should be present, so nothing from Lord of the Rings, or even Warhammer 40,000 (since that’s licensed separately). Full Ts and Cs can be found in the Total War: Warhammer EULA, and specifically ban “any third party assets, from other games published by Sega and its affiliates or any other third party.”

That’s a pretty clear suggestion that importing even Total War assets is not okay. It’ll be interesting to see what happens next.