Total War: Warhammer’s Mortal Empires update, which adds the much-anticipated combined campaign map for owners of the first and second games, goes live today. At the same time, so does the Blood for the Blood God effects pack for Warhammer II. Here’s what you need to know.

Unsure whether the Warhammer world is worth conquering? Here are our Mortal Empires DLC impressions.

If you own both Total War: Warhammer I and II, the Mortal Empires update is free, but it’s not automatic – you’ll need to visit the store page here to download it. It will add a new campaign set on a new map, comprised of the New and the Old Worlds. They’ve been resized to fit with each other, so expect some changes, but it accommodates every major race released for both games so far apart from Norsca (who will be patched in later, also for free). 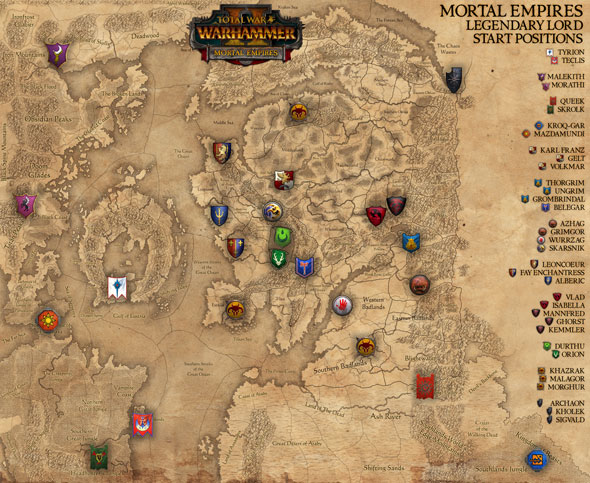 For a little preview, check out the trailer above. It’s pretty grisly, but that’s as it should be – without a bit of viscera, Warhammer’s grimdark battles are missing a certain something.