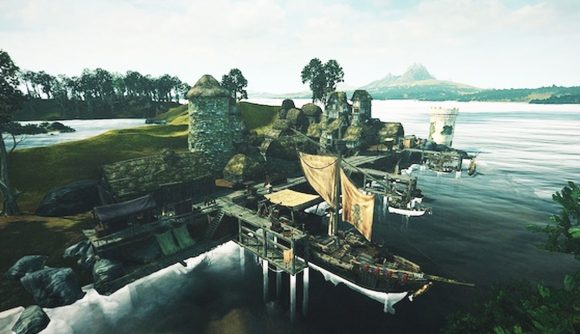 A group of Total War modders have finally added naval battles to Total War: Warhammer 2 – sort of. The mod – GCCCM: Naval Battles – was posted to the Steam Workshop yesterday, and provides a means for players to play out their own battles at sea.

In recent historical Total War games, battles at sea were resolved via specific naval engagements, in which land units were either represented by ships or – in the case of Empire and Napoleon – ships were a unit type all their own. In Warhammer II, however, those battles were entirely absent. If two enemy armies met on open water, the game would automatically resolve the ensuing battle. As this system is quirky to say the least, and traditionally favours the AI, player armies which might have won on paper could be defeated on the water.

With this mod, however, there is a way to play naval battles without resorting to autoresolve. You won’t be able to control any ships, but instead, when you meet an enemy army at sea, your units will spawn onto a set of islands, at which point you’ll play out a land battle as you would in the rest of the game.

It’s not a naval battle in the traditional sense, admittedly, but it’s better than relying on the computer. There’s a total of nine naval battle maps, which will presumably be chosen based on the best fit for your current location.

You can download the mod via the Steam Workshop now (you’ll need both Part 1 and Part 2 in order to get everything working properly). It’s worth pointing out that it’s still in beta, as the mod’s creators say that “due to the massive amount of backend changes, we cannot possibly test this enough on our own.” With that in mind, be aware that the mod might not be entirely smooth sailing just yet.