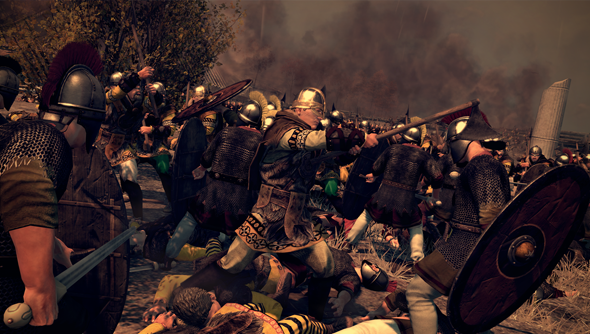 Here’s everything we know about Creative Assembly’s upcoming projects.

This follows the continued expansion of Creative Assembly over the past year, which saw the company headcount grow by 37% and the opening of the third studio site in the UK. This new site “includes a 45-camera motion-capture studio”, perfect for creating extensive animation work in-house at Creative Assembly.

“Now in our 30th year of games development, with an army of multi-million selling titles to our name and a history of world-renowned partnerships, Creative Assembly is proof of the UK games industry’s potential for global success.” said Tim Heaton, studio director at Creative Assembly. “Due to this success, we are further expanding our UK base and developing additional projects overseas, whilst pursuing top talent from across the globe to join us, all in support of our commitment to creating high quality, authentic gaming experiences.”

With high profile collaborations with companies like Games Workshop on Total War: Warhammer, 20th Century Fox with Alien: Isolation, 343 Industries with Halo Wars 2 and the recently announced collaboration with Wargaming on Total War Arena, Creative Assembly has truly established itself as a heavy hitter in the global games industry.

“The acquisition of Crytek Black Sea further enhances SEGA Europe’s development capabilities and strengthens our ability to output diverse and engaging content for our IP. Creative Assembly Sofia will be working exclusively on content for Creative Assembly and will prove an invaluable asset given the multitude of unannounced titles currently in the works.” said Jurgen Post, president and COO of SEGA Europe. “This acquisition represents another step in the right direction for the growth of our global business, underlining our commitment to add value to our existing studios and our continued support for the UK games industry.”

Creative Assembly are currently working on a series of unannounced projects, with many of these new additions now set to be developed by Creative Assembly Sofia. We will no doubt learn what the studios are cooking up in the near future, with the lumbering beast that is E3 starting to peek its head over the horizon. Fingers crossed on a new Alien: Isolation.