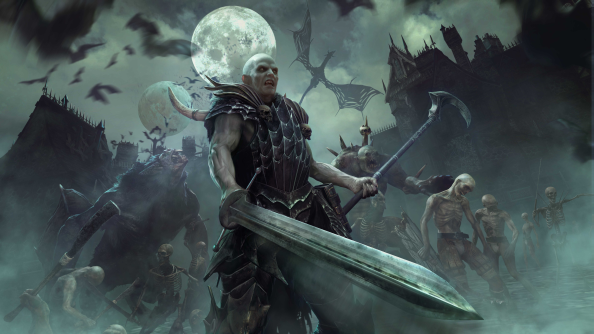 Greenskins, Dwarfs and the germanic Empire are all playable races in what must surely be the most varied and unpredictable Total War game yet. But there’s one other that Creative Assembly haven’t talked about yet. Perhaps out of fear.

There’s a Total War on our list of the best strategy games. But which one?

In this in-engine Total War: Warhammer trailer, an Empire Witch Hunter seeks out the source of a terrible corruption and finds the rather nasty Vampire Counts. Unfortunate for him, but illuminating for us.

The Vampire Counts have made the forsaken lands of Sylvania their home. It’s the only place in the Old World, outside of the Skaven underempire, where you’ll never see the sun rise. As a Count yourself, you’ll lead skeletons, grave guard, bat-winged beasts and “colossal aberrations”. And, naturally, you’ll be a dab hand at necromancy too.

Creative Assembly are streaming a Vampire Counts battle later today, at 6:00pm PDT / 1:00am GMT on the Total War Twitch account. It’ll be available to watch back later. Do you think you’ll take the sunless Sylvania as your homeland?

Here’s how Total War siege battles are changing, as reported by our Ben from GDC 2016 this morning.