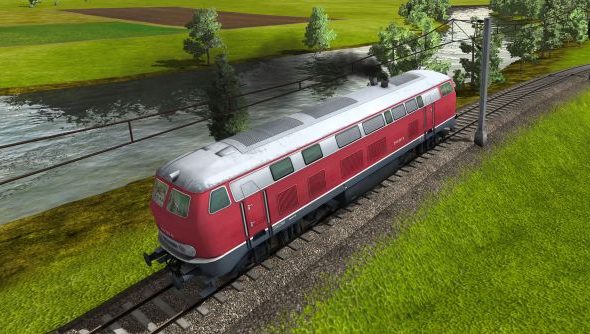 The tracks first laid for Transport Tycoon two decades ago were in need of urgent maintenance – and it finally came in the form of locomotion sim Train Fever. Swiss studio Urban Games wanted to recapture the spirit of Chris Sawyer’s love letter to logistics in full 3D, and sales over the last month suggest they’ve been largely successful. Urban shifted 30,000 copies in two weeks.

Some of Train Fever’s royalties will stay in Switzerland. Some will be sent to mystery investors with deep pockets. But a significant amount will be split between 651 of its players, in a quietly radical extension of the Kickstarter principle.

A tycoon game about trains might sound like an easy fit for Steam, but Urban Games struggled to find funding in the project’s early days. Like every other small developer with a strong idea this decade, they considered Kickstarter – but quickly ruled the service out.

“First of all, none of us is American or English,” pointed out the studio’s titular technical director, Urban Weber. Kickstarter is yet to launch is Switzerland, and the developers would have had to find an overseas proxy to host the project.

“Of course, this problem could have been solved,” Weber went on. “But on Kickstarter it really is very important that you have a good start. You have to get 20% in the first few days, otherwise it’s very difficult to get larger amounts of money.

“With the investment model, you don’t need that many people. Individuals invest more per person, because they get something back.”

In the end, Urban Games plumped for crowd investment platform Gambitious. Backers wouldn’t just get perks and a copy of the game when it was finished – they’d also gain a share of the revenue generated by Train Fever’s sales. 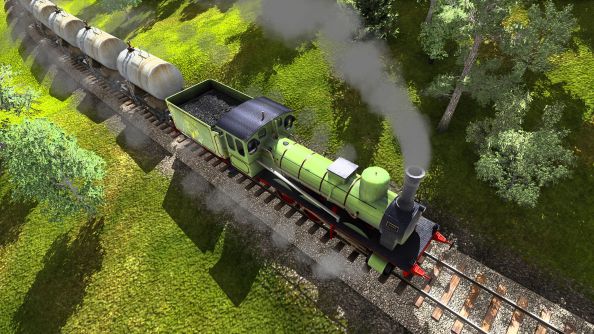 But the differences between Gambitious and its more famous crowdfunding rival go deeper than that. Setting up a crowd investment project is more than a matter of rounding up your most famous developer friends for a pitch video. Developers are required to divulge details about target audience, advertising strategy and projected sales – all in public.

“It’s unusual,” admitted Weber. “But it’s not a bad a thing. It forces you to think about these figures. On the other hand, it’s very difficult to make a projection.”

Clearly, Urban’s pitch convinced. Train Fever gained 651 new investors. That’s barely a crowd in Kickstarter terms – but here, each backer stumped up nearly €400 on average. The highest investments were in the region of €25k.

“There were only very few who spent that much, and we don’t really know who they are,” said Weber. “Maybe they wrote an email before. But they didn’t seem to be more involved than the guys who spent $100. It was quite special.”

The odd dynamic changed Urban’s relationship with their community less than you might expect. The bulk of investors proved to be raincoat-wearing Transport Tycoon fans.

“When you read the discussions on Gambitious, you can see that there were a lot of people who only really cared about the game,” said Weber. “And only very few sometimes said, ‘Don’t [include that feature] because it’s more important that the game will be finished’.” 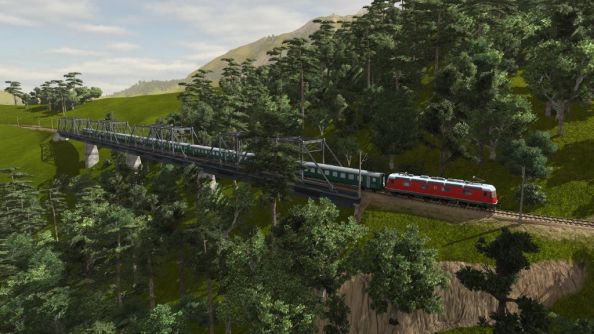 What’s more, Urban had gained a devoted promo team. Their new business partners took to the Steam forums to talk about Train Fever, and around 100 helped test its beta (“They were always emphasising the positive points of the game”). Cargo transportation wasn’t going to appear at all, until the investors made themselves heard.

Once they had the successful Gambitious project to point to, Urban found it far easier to muster funding from traditional investors – supplementing the €250,000 they’d raised with a further €50k.

Fast-forward to a couple of week’s after the game’s Steam launch, and Train Fever’s investors have nearly broken even already. They’ll get a portion of the game’s profits for the next five years. Given Steam’s always-positive effect on back catalogue sales and the dearth of modern competitors to Train Fever, those profits could be very significant indeed.

Weber warns developers wanting to follow Train Fever’s investment model that it can be “really difficult” to manage. The related “legal stuff”, he says, is terribly complicated to navigate. Gambitious themselves moved from the Netherlands to London after falling foul of laws that made it impossible to accept investments from the US.

But Urban are “absolutely” considering repeating the process in future.

“The most important thing is that you get feedback over the time you’re developing the game,” said Weber. “That really helps a lot.”

Would you buy shares in a game? And if not, why not?