Rail enthusiasts, in their own understated way, are about as punk as it gets. It takes a healthy spirit of not giving a fuck to stand on the end of a platform, notebook in hand, marking down passing trains. It isn’t cool, it isn’t conventional, and most people hate the very thing rail fans love.

And nor do train spotters conform to their own cliché. While so many teenagers today spend their time curating a culturally obedient version of themselves on social media, a small band of youthful outsiders are slipping into train depots undetected to take close-up photos of their favourite locomotives. Or waking at the crack of dawn to catch a glimpse of an unusual freight train at the other end of the country. Misunderstood, they get on with doing what they love while other people waste energy perpetuating unkind stereotypes.

And it’s that spirit – that energy – that perhaps makes Dovetail’s long-running train simulation series so beloved today. It’s far from a work of antiauthoritarian rage, but it follows its own path. In a world of action-intense triple-A releases Dovetail’s rail titles are unconcerned by dominant industry trends. They serve rail fans proudly, and are guided by passion, not fashion. Despite all of that, Train Sim World 2020 has its roots in one of the most corporate corners of the games industry; namely Electronic Arts.

Aged 14, Paul Jackson was a devoted train spotter. He spent his weekends dashing between London’s train stations to see the monstrous locomotives of the time shake the platforms as they rolled in. Years later, he found himself as VP of EA, working on properties like FIFA, The Sims, and Harry Potter. One of those series served as the unlikely inspiration for what would eventually become Train Sim World.

“Towards the end of my time with EA I commissioned another company – a developer – to make a rail simulator,” Dovetail’s CEO and co-founder says. “It always seemed to me that The Sims was a digital version of a doll’s house. That made me think about having a digital version of a train set. That seemed like a very valuable thing to do. That idea excited me. But then I retired early. EA were still doing the rail simulator, but I think I had been the one putting the passion behind it, really. It ended up being a bit of an orphan product.”

Some of the trains in Train Sim World have a heater switch in their cabs. Press it, and it doesn’t do anything within the systems of the game. At most, it alludes to warming those on board. It’s there because Dovetail’s creation is also a role-playing platform, and the role-player assuming the persona of train driver wants to do everything their real-life counterpart does, whether they don a rail company uniform or not.

That Sims-inspired game did come out eventually, as 2009’s Rail Simulator. Sequel RailWorks would eventually become the Train Simulator series, with Dovetail at the reins, owning the property. And then Train Simulator was reinvented as Train Sim World.

Now the newly released Train Sim World 2020 is here. It updates the hub of the existing game, endeavouring to deliver a better onboarding experience and a more elegant journey through its different experiences than offered by its predecessor. Some routes are included with the base package, while others are available as paid DLC, including a new US west coast line. Existing Train Sim World owners can access the hub’s new features via a free update. Newcomers can opt for buying the standard package, which includes several routes, or a Deluxe Edition with some paid DLC included. 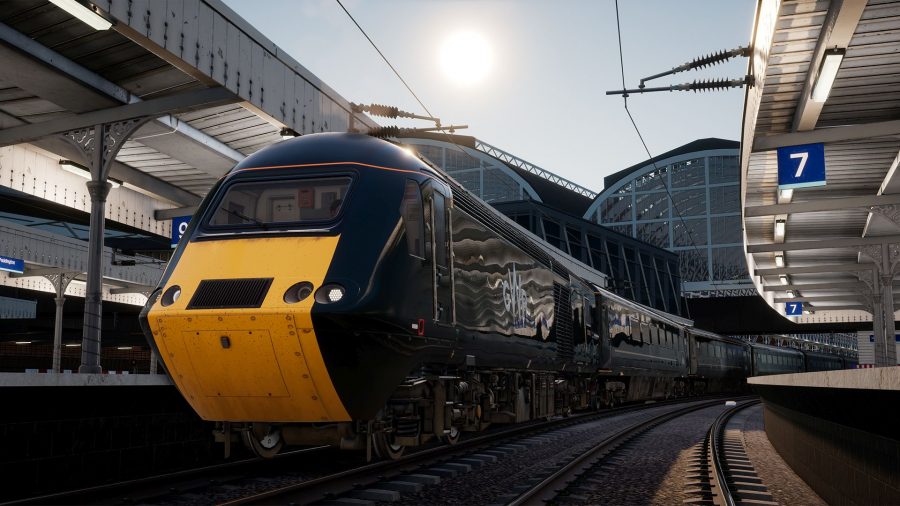 But to focus on how the game is structured is to miss something more fascinating. This is a release that – thanks to the ways its audience approaches it – exists beyond the confines of its own genre. There are those that play Train Sim World as an RPG, in which the role-playing element exists outside the game itself. Some approach with an arcade mindset, ramping up the difficulty to tackle a two-hour route where a single mistake can mean it is only worth restarting. There are, apparently, New York traders that watch the game to destress. A handful of players even disembark the trains and simply take strolls down the line, redefining the concept of a ‘walking simulator’. A few see Train Sim World as a place to indulge in a spot of locomotive photography. And then there’s the army of parents that use Dovetail’s game as a way to share rail enthusiasm with their Thomas-obsessed children.

I choo choo choose you: The best train games on PC

There are also a great many players who don’t know their ‘blue-and-grey era BRs’ from their prototype ‘TACV hovertrains’, but simply take pleasure in playing something a little different, a little slower, and a little less concerned by the conventions of games as entertainment. And founding all that capacity for emergent interaction is the simulation technology itself. At the heart of Train Sim World 2020 is a Dovetail internal technology named Simugraph, which lets the team build different trains by gathering and connecting various systems. 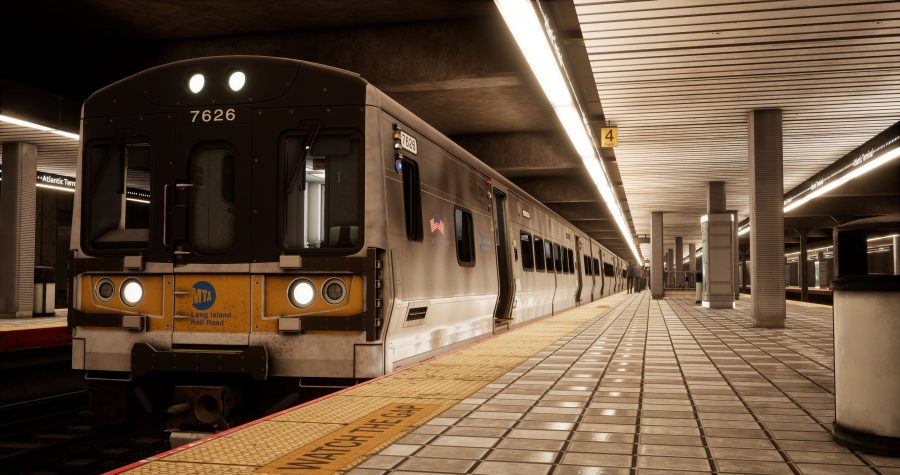 “Trains of the same kind on paper can still be very different,” enthuses Train Sim World senior producer and lifelong rail fan Matt Peddlesden. “So what we did for Simugraph was a component-based system that works a little like a visual design tool. We can drag-and-drop a specific engine in, and then a gearing system and maybe a torque converter, and eventually all that will be connected to a set of wheels.”

A lever may be completely silent in a field recording, but that won't work in a game

Simugraph takes some of the load off the coders, and handles a little realism all on its own. If Dovetail builds a train with a diesel-hydraulic engine connected to its wheels, for example, then Simugraph will automatically handle the way oil’s motion through the fluid couplings affects RPM in that particular kind of system. It’s a little like the ultimate train set.

But sometimes the Train Sim World team has to balance realism with feeling. The reason? Dovetail is still building a game. “The audio is definitely a balance of realism and feeling,” explains Adam Rose, Dovetail audio designer, and a heritage railway volunteer. “Maybe in a field recording you move a lever and it’s completely silent. But that silence won’t work in a game. In reality, you can feel the lever and its mechanism moving, even if you can’t hear it. You don’t have that in the game, so we might have to add some sound to communicate the feeling of the lever to the player.”

Equally, recognising that there’s room to step away from realism in Train Sim World has let the game flourish as something beyond a rail simulator. “What we’ve really tried to do is create something as close to authentic as is sensible […] and then we let the enjoyment emerge from that,” Jackson says. “We don’t try and drive that enjoyment, and we’re not trying to force people to enjoy things in a particular way. We let them find the enjoyment where they want to. I think that’s quite important. That speaks to people being in control of what they do, what DLC they buy, and being in control of how they interact with it.”

As for Jackson’s own hopes for the future of train sims, he has a very specific happy place in mind. “I want to have my VR headset on, I want to have photoreal trains, and I want to spend the evening on Crewe Station in 1955.” That’s hardly a conventional vision for a game industry CEO to have. But then when have rail fans ever cared about obeying convention?