I’m always on trains. Electric trains, steam trains, nightmare trains powered by blood. You name a kind of train and I’m probably on it right now, zooming along the railways at the kinds of speeds trains usually go at. I’m also from London, a city famously infested by burrowing underground trains that roam through deep subterranean tunnels in search of platforms to stop at.

So you can imagine my surprise and delight when Train Simulator 2015 released a new kind of train just for me. The Class 378 Capitalstar train. Or as the man on the street might call it, the London Overground train with the funky ’60s orange interior.

It’s the hottest new train on the Train Simulator scene and everybody’s talking about it.

This kind of train will be familiar to anybody who’s ever travelled between Penge and Hoxton, perhaps on a trip to spend ten pounds on a cocktail that you drink out of a dirty jar. The train also takes in some of London’s most hilarious sounding destinations, such as Wapping, Barking, Shadwell, Frognal and Bushey, making it the second funniest line on the TfL network (after the Docklands Light Railway, which stops at a place called Mudchute). 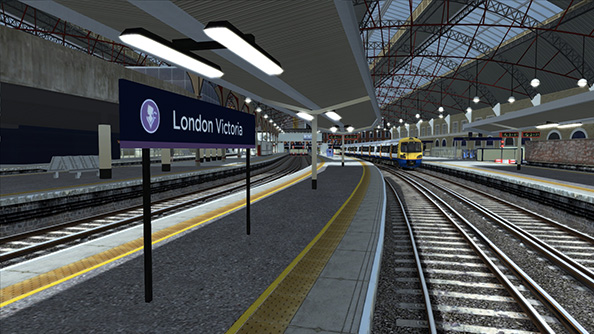 Don’t get too excited however, as the Class 378 London Overground train (which costs an astonishing £11.99) doesn’t come with any of the tracks along which the train typically travels. No, if you want to drive this thing on its proper routes (and not across the American midwest) you’ll need to pay through the nose for the South London Network, a separate purchase at a frankly extortionate £24.99.

Even then you’re not being given access to most of the London Overground’s natural habitat. The South London Network does indeed let you drive around between London Victoria and London Bridge, and then all the way around to Surrey Quays and down to Croydon via either Clapham Junction or Sydenham. And the London Overground does operate along parts of this network. Nobody is disputing that. Stand down, Train Simulator fans. 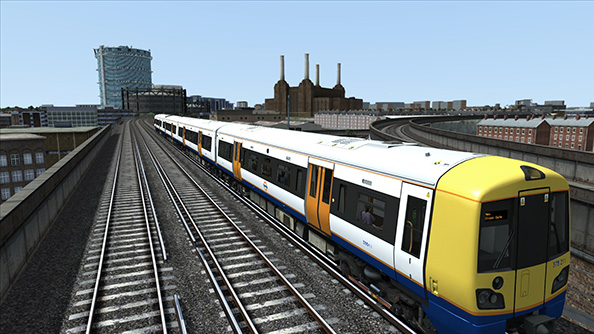 But left cruelly unsimulated is the vast majority of the London Overground’s most notable stomping ground: the old East London lines north of Canada Water that take passengers from the older surface tracks of the south east to the newly developed tunnels connecting the City to the cereal cafés and pulled pork pop-ups of Hackey and and Dalston. That’s where theaction is, and no amount of scenic views of Battersea Power Station is going to change that.

Those are the stations one would expect to be able to drive the Class 378 Capitalstar through, especially having scooped out an eye-watering £37 for the pleasure. You could buy half a dozen bowls of cereal with that kind of money. 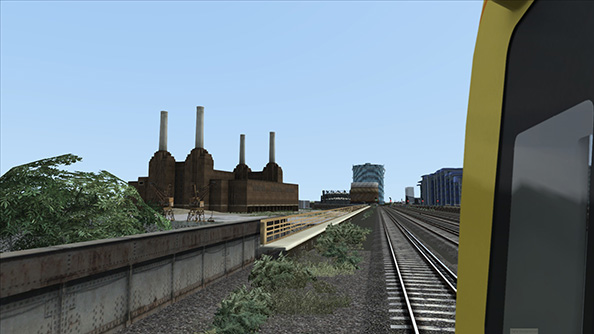 The authenticity of the train itself can hardly be faulted though. This looks and sounds like a London Overground train, and is filled with the kinds of 3D people you meet in east London. I once saw a man on the way to Shoreditch rolling a massive joint in full view of the carriage, and some of the polygonal passengers depicted inside of Train Simulator’s rendition look like the sort too, with vacant eyes smeared across their pallid, bump-mapped faces.

Train Simulator 2015 has also managed to simulate those couples you often see on trains around London, where it looks like one of them might soon be chopped up into little pieces and hidden under a patio so you start making mental notes of their appearances and behaviours in case you have to tell a policeman later. Here’s that. 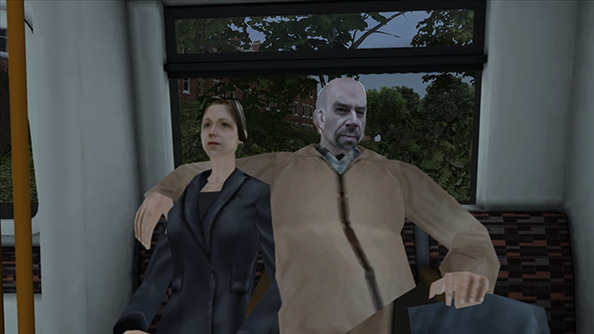 And the South London Network isn’t without merit either. It introduces Battersea Power Station and The Shard, as well as other landmarks of the London skyline that are familiar to commuters who roll into the capital from the south. These routes are of personal interest to me as I once lived within earshot of London Bridge, close enough to hear the distinctive horns of trains announcing their joy at having arrived at their destination.

They would toot a pleasing two-note chime — PARP-parp — that I imagined sounded exactly like how a train would sound if it could say hello. Hell-oh! Parp-parp! I would throw open my living room window and reply by honking back a “hello” in English (the language of humans). Very occasionally, another train would toot back, and for a brief moment I believed I could talk to trains.

The bit of track between London Bridge and South Bermondsey goes right past my old flat too, which I find tremendously exciting. Switching to the free camera, I floated down from the track to find my old home, from where I would shout at the passing trains. If you’d like to ineffectively doxx me, here’s a screenshot of where I used to live, rendered in Train Simulator 2015. 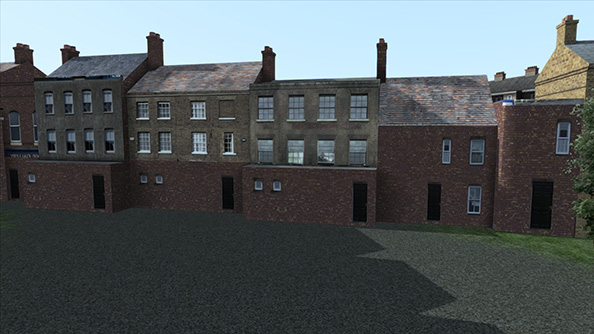 Credit must also be given to the low-fidelity but roughly accurate depiction of London Victoria station. It’s got all of its platforms in the right place, with the two main concourses as they should be. The terrible upstairs shopping and dining area between platforms 15 and 16 has vanished however, and there’s supposed to be a Burger King underneath the timetable in the below screenshot. I wouldn’t like it if the Train Simulator people were left in charge of designing The Matrix. 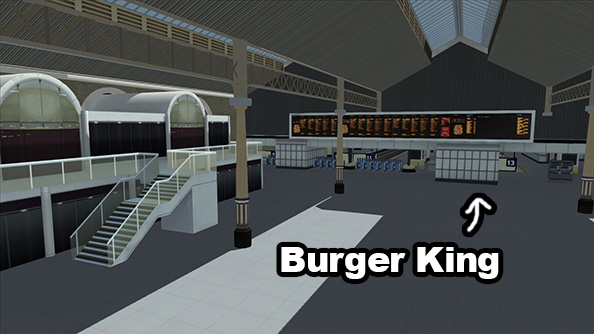 Still, it’s definitely recognisable as Victoria station. It’s even got the distinctive Gatwick Express destination board, though that train is not currently available to drive. (As a side note: you should never use the Gatwick Express. The Southern services to and from Brighton and the surrounding areas are just as fast and frequent at less than athird of the price. Even more savings can be found when travelling to and from Heathrow: avoid the costly Heathrow Express and travel on the far cheaper Heathrow Connect train instead.)

Of course, if you’ve got the London to Brighton route installed you’ll have seen this incarnation of London Victoria already. “Piffle paffle”, you’ll say, “tell me more about London Bridge”. Well, that’s a nice station too, absolutely packed full of nice trains. It would’ve been nice to see some of the upcoming station improvements included in this package, as London Bridge is currently undergoing some of the most comprehensive and exciting renovations in its 180 year history, but hey, what do you expect for £24.99?

If you answered: “loads more than this”, then yes, you’d be absolutely correct.