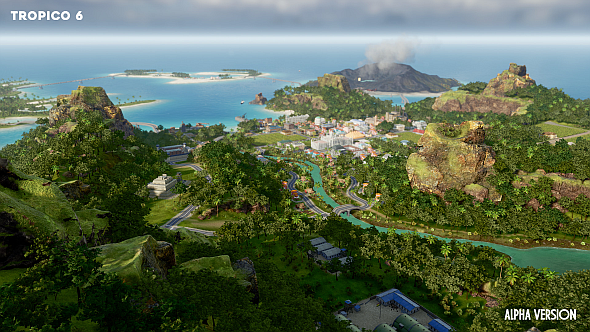 Cities: Skylines is great and all, but I like my management sims with a slice of banana (republic). As he does in the propaganda speeches which return to Tropico 6, El Presidente comes to save the day in a new trailer, featuring debut gameplay footage.

Step into someone else’s shoes in the best PC simulation games.

The trailer boasts a rousing samba soundtrack and some very pretty in-engine views of Caribbean islands crying out for your mismanagement. Get a look at the first gameplay footage of Tropico 6’s new features:

Tropico 6 is due for release next year. For more details and screens, check out its Steam page.