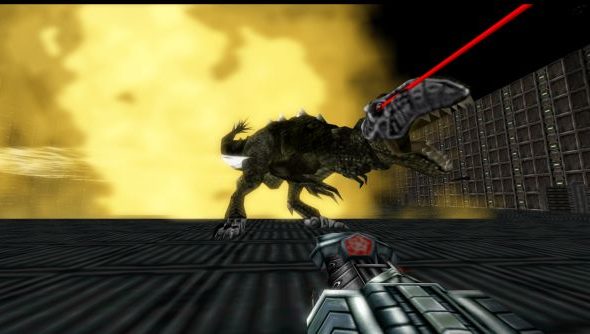 It’s the news at least one of you has maybe been waiting for! Dinosaur-fighting FPS’ Turok and Turok 2 are making their return to PC in the near future via masters of the re-release Night Dive Studios. They’re the folks that have recently been officially supporting newer-Windows versions of games like System Shock 2 and I Have No Mouth And I Must Scream so they can be sold on GOG, Steam and so on. They’ve also been rather aggressive in enforcing their rights over the IP, killing off free fan projects that make those games available like System Shock Portable.

On the Turok front, they plan to bring both it and its sequel, Seeds of Evil, to all your favourite distribution platforms in the near future. No date is given, but here’s what Stephen Kick, founder of the studio, had to say:

“When Turok: Dinosaur Hunter was first released it was nothing short of revolutionary. To that point, no game had ever offered the combination of graphics and an open world environment that Turok featured. We are very excited to have the opportunity to bring this great franchise back to life and to be able to share these great titles with today’s gaming audience.”

Which they will need to do, because I’ve never actually played them. Unfortunately Night Dive’s brand of remaster is a more technical achievement than a graphical one. They make sure these Windows 98-and-earlier games actually boot up on modern PCs, give them usable controls and send them out into the wild. Other than modern resolutions, I wouldn’t look out for too stunning an upgrade, visually – these screenshots are from the new version: 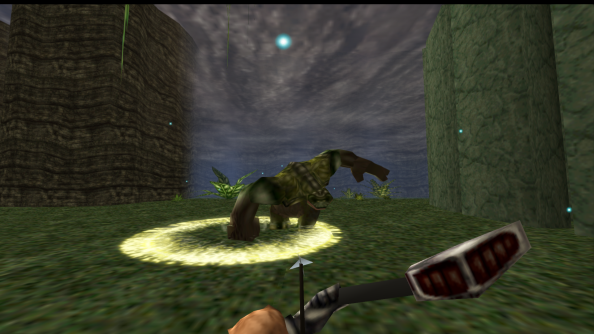 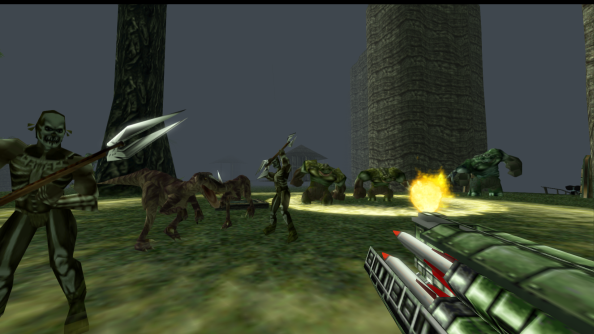